Excellent news on the Ethnic Studies front in Texas.  Last Thursday, a committee of the Texas State Board of Education (SBOE) voted unanimously in favor of a statewide African American Studies course that was first developed for Dallas ISD and that now goes for a vote before the full board of the SBOE in November, 2019. If approved, this elective course follows Mexican American Studies that is currently getting taught in Texas schools.

So very exciting and promising!  This is the outcome of a legacy struggle for curricular inclusion and thusly, a dream come true for so, so many of us.

The course explores the contributions of African Americans beyond slavery and the civil rights movement and could be offered as soon as fall 2020. 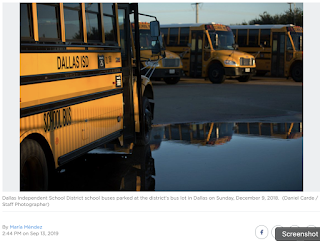 AUSTIN — Texas education officials are considering offering a high school African American Studies course across the state.
A State Board of Education committee voted unanimously Thursday to present the course, which was developed for Dallas ISD, to the full board and members of the public in November. If approved, it would be Texas’ second ethnic studies course and could be offered in schools as soon as fall 2020.
The first ethnic studies course, focusing on Mexican American Studies, was granted statewide approval in April 2018 after four years of controversy over the creation, textbook material and naming of the class.
Board member Aicha Davis, a Democrat who represents Dallas-Fort Worth, worked with Jamila Thomas, then the director of DISD’s Racial Equity Office, to create the course after realizing that Fort Worth ISD had one.


Now, they want to make sure that students across Texas have the same opportunity. 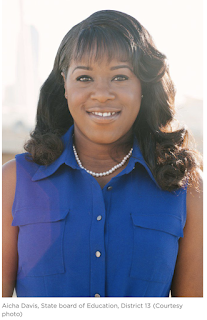 “All institutions and citizens deserve a course like this,” said Thomas, who is now senior vice president of Big Brothers and Big Sisters of Dallas. “That’s why we're pushing for the entire state to adopt this course.”
The curriculum approved for DISD  this year was developed with input from scholars from various Texas universities and groups such as the NAACP and the League of United Latin American Citizens.
The curriculum begins by highlighting the contributions of African civilizations to math, science and history before exploring the lives and impact of African Americans throughout history. The hope is that educators talk about African Americans outside of discussions of slavery and the civil rights movement, Thomas said.
“In the past, and depending on the institution, we've started with the trauma of our experience,” she said. “We wanted to start from the beauty of the African American experiences here in the United States and beyond.”
Davis said she wants the course to help African American students better see themselves in U.S. history and break down negative stereotypes among all students.
“The one thing that I really want is for students to be able to respect each other and work together no matter what their background is,” she said. “I also want to clarify a lot of misconceptions about African Americans, their behavior and their history.”
The board will hold a public hearing to get feedback on the curriculum during its meetings in November. Davis said she has “slight concerns” about pushback, especially when discussing how to talk about slavery.
But she said she hopes people will support the course even if it faces opposition, as the Mexican American Studies course did.
“Even though there were a few people who had ideas that weren't aligned with what was trying to happen with Mexican American Studies, there was so much support, and that truth was more important than a few opinions,” she said.
Board member Georgina C. Pérez, who helped push for the Mexican American Studies course and a policy to fast-track the creation of other ethnic courses, said she has heard only positive feedback on the African American Studies course.
“Anytime that we can paint Texas and U.S. history with all of its beautiful colors of diversity, we absolutely should,” said Pérez, an El Paso Democrat. “This is one more way to do that.”
Other board members on the committee expressed support for the course Thursday.
“We are really looking forward to putting this on the road,” said Sue Melton-Malone, a Waco Republican.
Also this week, Pérez, whose West Texas district includes El Paso and part of Odessa, proposed including lessons on gunshot treatment in the state's health curriculum.