Santorum's comments are so deeply racist and offensive. So arrogant and ignorant of him to say "there isn’t much Native American culture in American culture.” I'm confident he never took a Native American Studies course in college which would have taught him otherwise. Yet armed with culturally chauvinist hubris, he speaks.

This is another manifestation of settler colonialism as shared in my previous post this morning.

Does anybody care about sharing airtime with a guy who said “nothing” existed in America before white colonizers arrived?

By Jennifer Bendery and Amanda Terkel 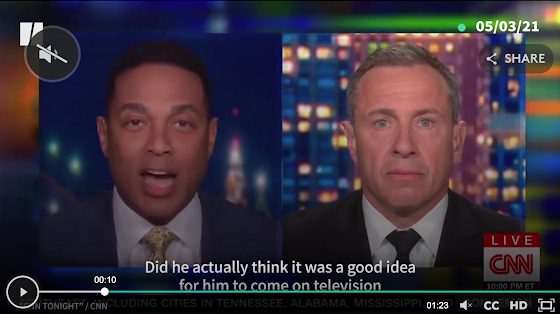 For the last two weeks, CNN senior political commentator Rick Santorum has been under intense fire for racist comments he made about Native American people and culture.

The response was swift and ugly. The president of the National Congress of American Indians, the largest American Indian and Alaska Native organization in the country, called Santorum “an unhinged and embarrassing racist who disgraces CNN.” Illuminative, a nonprofit focused on combating the erasure of Indigenous people, accused Santorum of “fueling white supremacy by erasing the history of Native peoples.” Nine national civil rights and racial justice groups, including the NAACP and UnidosUS, called Santorum’s remarks “a gross attempt to play revisionist historian using classic white supremacist rhetoric.”

All of the organizations condemning Santorum, a former Republican senator who long made a name for himself by demonizing LGBTQ people, have demanded that CNN fire him. But the network has said nothing.

In the meantime, Santorum was back on CNN last week as a guest on Chris Cuomo’s show, with the chance to explain himself.

The move clearly wasn’t universally embraced within CNN, with host Don Lemon criticizing Cuomo’s decision to invite him on-air. He said having Santorum on was “horrible and insulting and I apologize to the viewers who were insulted by this.”

On Monday, a CNN spokeswoman did not respond to yet another request for comment ― for the fifth time ― about whether the network plans to keep Santorum on contract.

So HuffPost contacted all 37 advertisers whose commercials aired during Cuomo’s show on May 3 ― the night he brought on Santorum to defend his comments. None of them returned a request for comment on whether they were comfortable having their ads run on a show and network that welcomes Santorum as a commentator.

Here’s a list of all the advertisers who ran commercials during Cuomo’s May 3 show:

This story will be updated when, or if, any of these companies indicate they have a problem with Santorum’s remarks or sharing airtime with him.

Posted by Angela Valenzuela at 11:57 AM