Abbott will Challege Plyler vs. Doe

Wednesday, May 4th, 2022, Governor Abbott raised the call to challenge 1982's Plyler vs Doe, an egregious and hateful act. 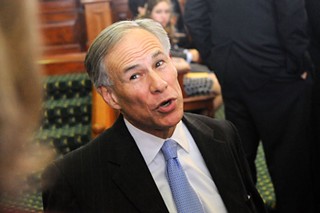 "The challenges put on our public systems is extraordinary," Abbott said in reply. "Texas already long ago sued the federal government about having to incur the costs of the education program, in a case called Plyler versus Doe. And the Supreme Court ruled against us on the issue about denying, or let's say Texas having to bear that burden. I think we will resurrect that case and challenge this issue again, because the expenses are extraordinary and the times are different than when Plyler versus Doe was issued many decades ago."

For the record, the Supreme Court did not rule against "us" in 1982, SCOTUS ruled in favor of educated children with the skills to contribute to our communities, and not to become a burden on them. Draw your own conclusions about the motivations of this governor.