Say What? Bias against languages other than English hurts students, says scholar

Say What? Bias against languages other than English hurts students, says scholar


We're going to have a pop quiz.

You'll need to read the following Ukrainian phrases, pronounce them aloud correctly, then write each phrase in English. And to keep it interesting, pretend I'm giving you these instructions in Ukrainian.

If you couldn't do this exercise, you obviously have a learning disability. 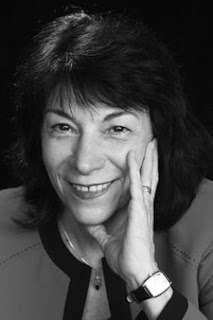 "When students who have limited English language proficiency fall behind in school or score poorly on important tests, teachers may assume they have learning disabilities," says Dr. Alba Ortiz, professor of special education in The University of Texas at Austin's College of Education. "In reality, the students' performance may reflect that they're being assessed in a language they don't understand or speak. Young children, of six, seven or eight years of age, are being asked to do a difficult, if not impossible task—learn English and at the same time learn subject content in a language they don't yet know. That's something that would challenge an educated adult.

"When educators and the general public don't understand the second language acquisition process, an unfortunate result is that English language learners often end up being placed in low ability groups, retained or referred to special education classes. Referrals are made because the students seem to have a learning disability when it's primarily a matter of their not understanding the teacher's language and the instructional materials. It would be like me sitting through seven hours a day of classes taught in Korean when I don't understand a word of Korean."

There are many reasons why English language learners face steep challenges in school—everything from public sentiment against teaching them in their native language to a failure to offer a sufficient amount of time to become proficient in English before language support is withdrawn. Referrals to special education programs represent yet one more obstacle to their academic achievement.

According to Ortiz, an underlying reason that English language learners are referred to special education is that they share a number of characteristics with individuals who have learning disabilities, and many general education teachers aren't trained in how to recognize the differences between the two groups. Like someone with a learning disability, an English language learner being taught in English may demonstrate poor comprehension, distractibility and low academic performance. Although these traits in ELLs reflect their limited knowledge of English rather than a disability, distinguishing the two groups is a complex task for educators who lack expertise in the education of English language learners.

It's only in the last 20 years or so that scholars have focused attention on what a learning disability "looks like" in an English language learner and what sets an ELL's knowledge-acquisition needs apart from those of someone with a disability.

Ortiz, who has worked in bilingual education and special education for 30 years and is an award-winning national leader in these fields, is conducting more studies to develop research-based profiles of English language learners with language and learning disabilities, focusing on Spanish-speaking students. She and her colleagues in the Department of Special Education's multicultural special education program and the College of Education's Office of Bilingual Education also are creating professional development and technical assistance tools for teachers who work with English language learners who are struggling as they learn to read. The newly developed resources are designed to help educators determine if a student should be referred to special education because of suspected language or learning disabilities.

"I dislike it when someone refers to the 'ills of bilingual education' because much of what English language learners need is, basically, the same as what all children require if they are to receive a good education. It's just that English language learners need instruction in their native language, along with a strong English as a second language program. Like all students, they need teachers who can assess their strengths and needs and differentiate instruction to address varying cultural backgrounds and languages.

"Research shows that following a few basic principles can lay the foundation for a successful bilingual education program. Student academic achievement improves when there is a focus on the prevention of failure as well as early intervention for learners who are struggling. You also must have school staff and administrators who understand that native language instruction is essential for achieving high levels of English proficiency. Solid skills in one's first language are necessary for a strong grasp of a second language, and the goal is for students to become fully proficient in English. An obvious benefit to society is that effective bilingual education programs also produce students who are bilingual and bi-literate. That should be a goal for all students."

Ortiz also stresses that it's important to remember that "bilingual education" is not synonymous with English-language instruction for Spanish speakers. The languages involved in any bilingual education program are determined by geographic location and demographics. Around the country one can find bilingual education in French-English, Portugese-English, Mandarin-English and dozens of other languages.

"A little known fact is that the first bilingual schools in the U.S. were for German, French and Scandinavian immigrants," Ortiz adds.

Although some states have taken a quantum leap back in the design of their bilingual and ESL programs—California currently requires a year of English-only immersion—Ortiz points to the success many schools have had with dual language programs. These programs have shown great promise in promoting academic and linguistic achievement as well as the development of bi-literacy. The approach validates and supports full development of a child's native language and the second language being learned.

According to Ortiz, another approach, called Response to Intervention (RTI), works well with English language learners who are struggling academically. With RTI, three overarching principles guide instruction: 1) the school environment must be conducive to the academic success of all students; 2) the school must provide an effective core curriculum and teachers must use instructional strategies known to be effective with English language learners; and 3) continuous progress checks must be in place to track student progress and allow for proper intervention sooner rather than later.

With RTI, schools can quickly identify students at risk for poor learning outcomes because the correct assessments occur and general education teachers know how to identify struggling learners. Teachers monitor student progress carefully, evaluating often. Data is collected and teachers are able to provide evidence-based interventions and adjust the intensity and nature of those interventions to match a student's individual needs.

"It's a contradiction—being bilingual is seen as a mark of intelligence unless you acquire it naturally from your parents as opposed to learning it in foreign language classes. According to some, English language learners can't seem to learn a second language fast enough or effortlessly enough. They forget how many of us take foreign language courses for several years and never actually learn to speak it."

Things do seem to be moving in the general direction of improvement, though. Leading the pack in higher education, The University of Texas at Austin's College of Education now requires that all education students graduate with English as a Second Language certification as well as their initial teacher certification. The College of Education also has taken an aggressive approach to building a curriculum and adding faculty to prepare future teachers for linguistically and culturally diverse classrooms.

"I just returned from a trip to Europe," says Ortiz, "and the philosophy there toward this topic is so much more progressive—in Norway, for example, children take classes in Norwegian and English from day one. Every student emerges bilingual. Wouldn't it be wonderful—economically beneficial, if nothing else—if people saw bilingual education as necessary preparation for success in a global economy?"

By Kay Randall
College of Education
Posted by Angela Valenzuela at 9:18 AM