The report of the Independent Equity Committee at the University of Texas at Austin, comprised of Latino full professors, is still getting much-needed attention.  Here is the latest by the editors of the Houston Chronicle.  Click here to download the entire report which is in the public domain.

The Editorial Board Houston ChronicleJan. 22, 2020 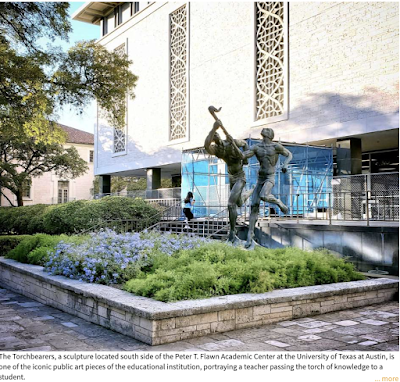 In a message posted on the University of Texas at Austin website, President Gregory Fenves touts the institution’s commitment to diversity.
“Our history of exclusion and segregation gives us a responsibility to stand as champions of the educational benefits of diversity,” the statement says.
It is a worthy goal — one backed by research showing that all students benefit from a diverse learning environment. Unfortunately, UT’s pledge doesn’t always translate into reality.
A recent 188-page “Hispanic Equity Report” found “gross disparities” and “discrimination” for Latino faculty at the state’s flagship university.

History professor Alberto Martinez, chair of the committee that produced the report, described the inequities to the editorial board in three words: Flabbergasting. Demoralizing. Heartbreaking. We’ll add another: Unacceptable.
Consider these findings:
Latino professors are paid less than their white peers, ranging from a difference of $10,000 for associate professors to $25,000 for full professors. The pay gap is even wider for Latinas.
Latinos are virtually shut out of leadership positions. Among the 130 dean positions, only 7.7 percent are Latino and none are held by a Hispanic female. In Texas, Latinas are 20 percent of the population. Some departments, such as the 130-year-old history department, have never been chaired by a person of color.
The Teresa Lozano Long Institute of Latin American Studies, named after an Hispanic alumna who endowed it with $15 million, has had no Latino directors since it was founded in 1940.
Only 62.5 percent of Latino applicants received tenure from 2010-18, compared with 85 percent of white applicants.
The report recounts the experience of a Latino professor who was denied tenure despite having a resume that includes three single-author books, two edited volumes, more than 30 scholarly articles and book chapters in print, and others in the works. “Very few candidates in the humanities have such extensive scholarly publications when they receive tenure,” the report noted.
Denials despite professional achievement are common, Martinez says. Qualifications aren’t the issue. The problem, he says, stems from a lack of Latino representation on committees that determine hiring, promotion and salaries.

UT-Austin has fought successfully at the U.S. Supreme Court to include race as part of its holistic student admission criteria, arguing that a diverse student body “brings with it educational benefits for all students.”
That idea must extend to the university’s faculty, as Fenves himself noted after the 2016 court ruling.
It’s especially critical on a campus where 23 percent of undergraduate students are Latino, and in a state where nearly 45 percent of 18-to-24-year-olds are Latino. At UT, only 7 percent of tenure and tenure-track professors are Latino. Compare that with Texas A&M, where 22 percent of students and 16 percent of the faculty are Latino.
The disparity means that many Latino students never have a Latino professor during their time at UT, missing out on mentoring opportunities — or simply the connection to a faculty member who shares the same cultural background. Studies show that Latino and black students perform better with teachers of color who serve as role models.
The obstacles to advancement and inequities in pay lead to a high turnover rate and to frustration among those who stay, Martinez said. From 2013-2018, the report found, 60 percent of Latino assistant professors on tenure track left the school.
In a statement, UT officials said the university is working to address issues of faculty equity. Provost Maurie McInnis has “committed the university to understanding the source of the disparities. The provost has also asked the deans to review and report their processes and outcomes in leadership selection, to improve transparency into these processes, and [make sure] equity is considered in the selection of leadership.”
That is encouraging. School officials should also follow recommendations outlined in the report, including hiring more Latino professors, especially those who are Tejano and who are originally from disadvantaged groups, raising the salaries of Latino faculty already on staff to achieve equity with white faculty, and creating a rotation that allows all faculty to serve in leadership positions in university and departmental governance.
The university’s promise to embrace “diversity in many forms” should include fair pay and opportunity for the Latino professors and other faculty responsible for educating our leaders of tomorrow.
Posted by Angela Valenzuela at 6:21 AM