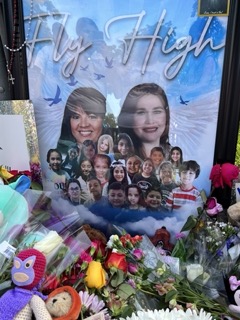 Angela and I drove down to Uvalde Saturday and Sunday to pay our respects to the families suffering unimaginable losses to gun violence and incompetent authorities.  The grief and sorrow were palpable as was the frustration with gun violence and the senseless defense of guns by conservative state and local leaders. Inspiring and instructive moments were also evident. Teachers shielded their children, parents, teachers and youth bore brave witness. The Archbishop from San Antonio held a moving Sunday service, and crosses, flowers, veladoras (candles) and words of righteous love lifted spirits. Parents rescued and consoled their children, and everyone reflected and prayed over the departed, injured and traumatized with abundant love. 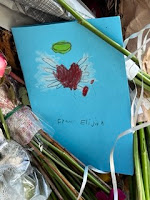 Angela and I shared in the many mixed emotions, but were struck by the familiar and dismissive attitude towards Mexicans and Latinos in Texas.  The majority of the persons appearing in the media reports—including newscasters, pubic officials, and newspaper reporters—failed to say much of substance regarding the Mexican/Latino people from Texas, including that they are among the poorest in our state, with chronic levels of unemployment, low-paying jobs, low educational attainment levels, mapping onto related critical needs in the areas of public health, counseling and political representation. This, despite a long history of protest against discrimination. Uvalde itself has a history of student walkouts against discrimination and inequality in our schools, a court-ordered ruling on integrating schools, and a failure to consider that these problems and the violence associated with them have been constant, if unfortunate, companions in our history throughout the state. 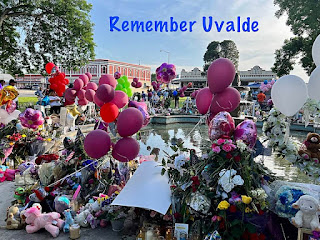 Acknowledging the continuous socioeconomic burdens in Mexican/Latino communities is not enough. Rather we must also examine the direct causal relationship between what we might refer to as “social trauma” and violence in our communities. Consider the pain associated with our community’s experience with high dropout rates and the anxieties this creates in our youth. This is not to excuse the actions of the killer, but rather to acknowledge sources of social trauma that disproportionately damage our youth with few, if any, persons in positions of authority seeming to care.

Little, if anything, was said in the public discourse about the violence against families taking place along the nearby border, the erasure of our history in our standard state curriculum, or the high levels of gun ownership along immigration corridors and in places with high concentrations of Mexican and Latino people. We were also personally bothered by the general absence of Mexicans and Latinos among the newscasters, journalists, and public officials (except among the different polices forces that are important sources of employment), and the constant mispronunciation of Spanish-language names and terms. One would expect such linguistic  ignorance to prevail among foreigners but not from persons who have lived among us their entire lives or who purport to speak about “minorities” and “communities of color” throughout the country. We may have to start calling them cultural foreigners.

In short, a denial of who we are socio-historically and the use of supremacist language that erases us from the discourse continues to deny our humanity. May the beautiful children who died rest in peace and may the families who continue to suffer find the strength to continue living peaceful, productive lives.

Posted by Angela Valenzuela at 5:50 PM