Budget Cuts Have Some Calling for STAAR Delay

While schools may not be graded based on test-performance in the first year, students will be, especially those beginning high school in the upcoming 2011-12 academic year. When you experiment with children and their education there are no do-overs. You can never go back and give them what they lost. 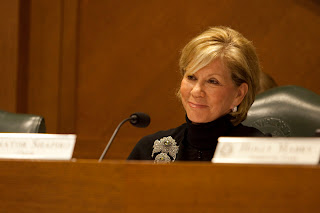 As Texas school districts brace for budget cuts and layoffs in the coming months, many education advocates are particularly concerned about the state's roll out of a new testing system in 2012.

The State of Texas Assessments of Academic Readiness, or STAAR, will track student, school and school district performance, replacing the current Texas Assessment of Knowledge and Skills.

With current state budget proposals set to cut public education funding by about $10 billion, some want STAAR implementation delayed to give districts time to recover from the 2011 cuts.

Dax Gonzalez, a spokesman for the Texas Association of School Boards, said some of those cuts would dramatically reduce the amount of money set to help students prepare for the more rigorous accountability tests and ax many of the remediation programs that will help students who fail the tests.

"Additional instruction and preparation for students and training for teachers is key," Gonzalez said. "So we're really setting our kids up to fail if we implement a new accountability system without providing for the additional resources necessary for preparing the students and teachers."

"Right now we're looking at a base bill," said Shapiro, R-Plano. "And the numbers are going to be significantly different at the end of the day."

The state has spent the last five years preparing for STAAR, and there's no reason to slow down now, she said, especially since school districts won't be graded on STAAR results in the first year.

"We've already put in a lot of money. All the tests are done. All of the curriculum is done," Shapiro said. "We need the textbooks, obviously, which I'm working towards. That's my first goal, to get the textbooks prepared and brought to the schools. But everything is in place."

If something goes wrong the first year, the state can make changes and even slow down implementation, she said. The contract with the company that designed the test allows the state to renegotiate without paying a penalty.

But Gonzalez said that even if the first year of testing doesn't count, schools and students could still take a psychological hit if test scores take a tumble.

"When you bring in a new system and the students don't necessarily know what they are in store for, or if they happen to have a bad year testing wise," Gonzalez said, "that can really do a lot to damage the morale of a school and students."
Posted by Dr. Patricia D. López at 8:36 AM

Email ThisBlogThis!Share to TwitterShare to FacebookShare to Pinterest
Labels: STAAR