If the Dead Could Speak...My Reflections on the June 28, 1914 Assassination of the Duke of Serbia 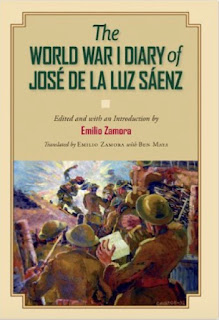 This day 98 years ago on June 28, 1914, the Duke of Serbia Franz Ferdinand of Austria and his wife Sophie, the Duchess of Hohenberg, were killed in Sarajevo, the capital of the Austro-Hungarian province of Bosnia and Herzegovina, leading to a chain of events that served as a catalyst for the first World War. Staggering numbers of Americans, including many from Texas, lost their lives.

Today, my husband, UT History Professor Emilio Zamora and I visited the graves at the largest American cemetery in Europe located at Romagne-sous-Montfaucon and honored the memory of individuals like Simón Gonzales from Martindale, Texas, and so many others that gave their lives in the Allied Cause against Germany—and as captured in the singular, very graphic and moving WWI Diary written by former school teacher from Realitos in South Texas, José de la Luz Sáenz.

Luz Sáenz joined the war effort with the specific intention of paying the ultimate sacrifice in order to be able to return to the U.S. and make the specific claim for civil rights for Mexican Americans back home in the U.S.

Amazingly, Luz Sáenz not only survived the great war but also produced this fascinating and exceptionally written war diary that is a very detailed and unblinking, day-to-day account of what he experienced as an American soldier.  (Note: Emilio translated it into English and interpreted it and Luz Saenz' life and contributions in an opening chapter.)

Luz Sáenz ended up returning to the U.S. and becoming one of the founders of the League of United Latin American Citizens (LULAC), that today is the oldest and largest Latino civil rights organizations in the country.  I myself am a member of LULAC and have been so for many years.  Looking backwards through time, we might easily say that his strategy for inclusion worked, making him in so many ways a precursor to the Mexican American Civil Rights Movement.

Located northeast of Paris and otherwise termed "The Western Front," the The Meuse-Argonne Cemetery located roughly where the Meuse-Argonne Offensive took place is where we visited today. I came to appreciate in a tangible way just how important this specific offensive was to the ultimate defeat of Germany despite it's incalculable toll within and across time—indeed generationally, in particular, for the French, British, and so many others that experienced the brunt of this war. 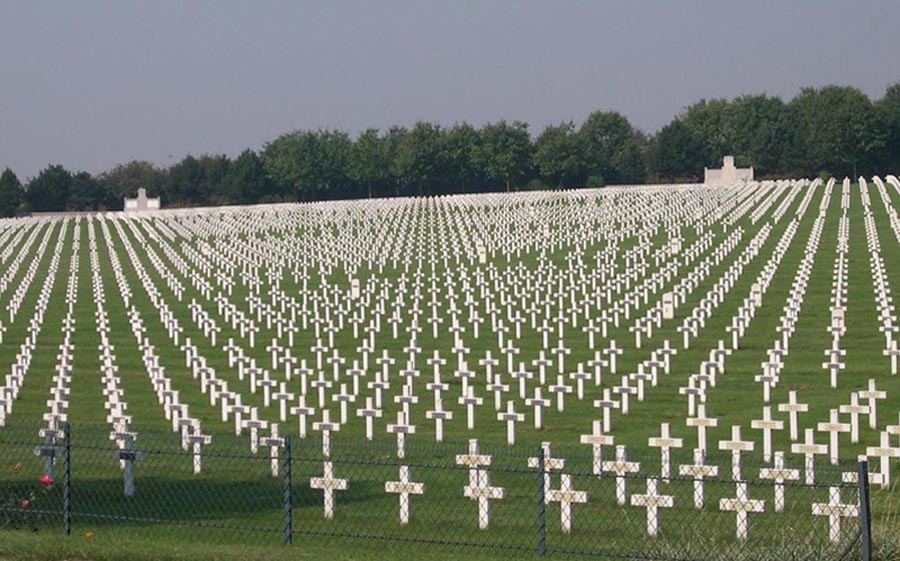 It was moving to see the headstones of the 14,246 fallen that were never repatriated to the United States.  It was similarly moving to traverse the towns, hills, and rivers where so many fought bravely, shed blood, and lost their lives.

We located the grave of individuals like Simón Gonzales of Martindale, Texas, who was a good friend of Jose de la Luz Saenz and according to his recounting of his personal story, was well liked by all but sadly fought courageously but lost his life.

For some unknown reason, Simón Gonzales' body was never repatriated to the U.S.  Of course the bodies of so many others remained as you can see from this image that doesn't even come close to capturing the thousands that lay silent and to some extent "unmissed and unremembered" there today.  And this despite the literally thousands of American bodies returned home upon request by their families. What we do know is that this issue of repatriated bodies was a hotly debated issue since it also made sense for some for them to simply remain on the sacred ground for which they fought so hard. More research on all of this needs to nevertheless be done in order to know why specific individuals like Simón Gonzales lay silently on the bucolic slopes of this cemetery "Americain."

Perhaps most striking and interesting for me was to contemplate on this day, the 98-year anniversary of "the shot heard round the world"—the killing of the Duke of Serbia—that even in France where the stakes were exceedingly high has subsided into the deep recesses of memory to the point of little, if any, noticeable recollection of this momentous event on such a day like today.

If the dead could speak, my guess is that they would ask us for their sacrifice to have meant something to us and for us.  Of course, we all know at some level what it meant, however, I think that they would have liked for it to have been a more personal memory or thought process regarding the war that Luz Saenz and others hoped would end all wars....

I can certainly say that reading Emilio's book and coming here—and doing both simultaneously today—resurrected a painful, albeit collective, memory that brought healing to a wound that I myself didn't quite know I had.

Posted by Angela Valenzuela at 6:23 PM