Booster urges top regent to stand up for UT president 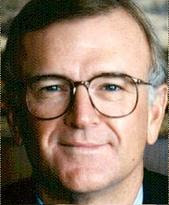 A leading booster of the University of Texas has written a testy letter to the chairman of its governing board demanding that he stand up for the school's president.

The letter to Board of Regents Chairman Gene Powell from Kenneth Jastrow II underscores the continuing divide between Powell and much of the Longhorn nation.

The chairman's critics also include major donors, such as Dallas investor Peter O'Donnell Jr., as well as the Ex-Students' Association, also known as the Texas Exes.

Jastrow is chairman of the university's $3 billion fundraising campaign and led its blue-ribbon Commission of 125.

He wrote to Powell after the regents' chairman issued a statement last month defending Chancellor Francisco Cigarroa, who oversees the UT System's 15 academic and health campuses, against allegations by a dismissed system official, Rick O'Donnell (no relation to Peter O'Donnell Jr.).

His July 8 letter outlines the Austin president's impressive fundraising record during tough economic times, with more than $1.6 billion raised since the campaign was started in 2008.

"Clearly, 191,000 plus donors believe President Powers and others at UT are doing a good job, and they believe in the mission and core values of The University of Texas," wrote Jastrow, former CEO of Temple-Inland Inc.

He went on to say, "Your overt lack of support of Bill Powers is troubling, especially given the fact that in a UT System Board of Regents roll call vote, Thursday, May 12, 2011, you voted to support Chancellor Cigarroa and the Presidents of each institution in the UT System which, of course, includes Bill Powers."

Jastrow concluded, "You voted to support President Powers, and you should honor your vote."

Powell did not respond to a request for comment Monday.

Jastrow's voice is a powerful one in the UT community.

Chosen by then-President Larry Faulkner to head the Commission of 125, Jastrow led a panel of more than 200 civic and business leaders who spent two years studying the university and preparing recommendations that have prompted a revision of the undergraduate core curriculum and other changes.

O'Donnell, who had been hired March 1 by Powell, was dismissed April 19 after accusing top UT System and UT-Austin officials of suppressing data showing that a growing sum of tuition and taxpayer money is paid to professors and administrators who do little teaching.

Within hours of the June 27 release of the settlement reached by O'Donnell and the system to avoid litigation, he lashed out during an interview with the Statesman at Cigarroa, Powers and state Sen. Judith Zaffirini, a Democrat from Laredo who leads the Senate Higher Education Committee.

O'Donnell charged that the trio had mounted "a brutal campaign" to demonize regents who have been active in pursuing data on faculty members' research and teaching output, including Powell, Alex Cranberg, Wallace Hall and Brenda Pejovich.

O'Donnell said Cigarroa and Powers had ginned up opposition among donors, alumni and faculty members to the collection of such data. And he said Powers begged him and Powell not to collect the data.