Why UT and A&M Need to Change Their Ways 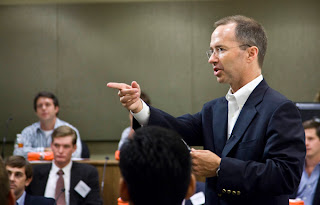 Texas has two middling public universities. It's time they reward professors who can actually teach.

The chancellor at Texas A&M is forced to retire. A special adviser hired by the UT Board of Regents lasts 49 days before he is fired.

The turmoil that has roiled Texas’ top public universities for three years shows no signs of abating—and for a very good reason. Across the nation, student costs are soaring, graduation rates are declining, and the quality of graduates is being challenged by employers. Remarking on the disparity between rising costs and declining performance, the president of Ohio State, which ranks between UT Austin and A&M in the U.S. News & World Report list of best national schools, said that “higher education faces a simple choice: reinvention or extinction.”

In Texas, we have one great research university, Rice, which consistently ranks among the top 20 universities in the United States. We also have two middling ones, UT Austin and Texas A&M, which usually rank somewhere in the top 70.

Is it the actual research itself? Or is it the professors who are attracted to a university because of its research? Is it quantitative research, the lab work of biologists and engineers and computer scientists? Is it the ability to attract grants from the federal government and foundations? Is it the ability to turn laboratory ideas into commercial applications? What is the contribution of qualitative research, the ongoing scholarship of English and history and philosophy professors?

Might it be, Sandefer asked, that teaching is the greatest economic contribution a research university can make? Could it be that accomplished students are worth more to Texas than research grants?

In 2001, when Larry Summers took over as president of Harvard University, he found a situation not unlike what exists today at UT and A&M. Tenured professors had delegated teaching to graduate assistants while they pursued their specialized subjects. Undergraduates were considered a nuisance. Research and publishing were the keys to academic recognition. Summers challenged professors to get back into the classroom. His position was unpopular. But it probably saved Harvard’s reputation as the best undergraduate college in America.

Today at Harvard, as at Rice, tenured professors teach freshmen, sometimes in seminars as small as eight to 15 students. The days are gone when a great research university could attract faculty and allow them only to pursue ever more specialized study, which, when they had to teach, they then inflicted on undergraduates.

Sandefer has proposed a series of reforms for Texas that would reset faculty standards. He suggests splitting research and teaching budgets to encourage excellence in both. More important—and this is where a culture change really takes effect—he thinks evidence of teaching skill should be required for tenure. And he thinks our universities should publicly recognize and reward professors who demonstrate extraordinary teaching ability.

The reaction has been heated. University administrators have circled the wagons. They’ve pulled in the Association of American Universities (a consortium of university presidents and chancellors), contacted major donors, and gone to the Legislature. A widely publicized study by the Center for College Affordability and Productivity in support of the reforms turned out to have conflated data on part-time and full-time professors, making it seem as if 20 percent of the faculty did 57 percent of the teaching (which is not true). The mistake gave the administration the ammunition it needed just at the moment it needed it most.

I sympathize with the administrators and the faculty. It is tough to work one’s entire professional career under one set of standards and expectations, only to be told that they no longer apply. (I know. I’m in the media business.) But the fact is, the system of measurements and rewards will change. It has to. The present incentives lead in the wrong direction. The costs of faculty-run universities are too high. Neither our state government nor the middle class these universities were built to serve can afford them.