SBOE Could Give Schools More Control Over New Exams 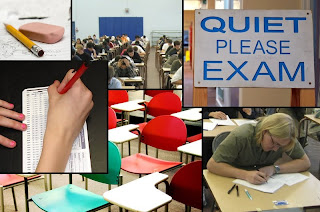 In early February, Texas Education Agency chief Robert Scottstood before 6,000 school administrators who had just seen an initial budget from the Legislature that cut $10 billion in state funding from public education.

One question drew cheers from the otherwise grim crowd: If there was no money, would the state still have to roll out STAAR, the new, more rigorous student assessment system?

The answer, it turns out, was yes. Now, eight months later, the State Board of Education may try to modify the system in a way that allays school districts’ concerns.

The first Texas ninth graders to take the new end-of-course exams will do so this spring. To graduate, they will have to receive a passing cumulative score on 12 exams in four subject areas over their high school years — and the exams will count 15 percent toward their final grades.

Educators raised concerns about the demands of this system in the last legislative session, leading House Public Education Committee chairman Rob Eissler, R-The Woodlands, to author a bill doing away with the cumulative score requirement, and allowing districts to set their own policies on how much an exam weighed on a student’s final grade. But the measure stalled in the upper chamber, where Eissler’s counterpart, Sen. Florence Shapiro, R-Plano, made clear her opposition to straying from the original plan. And with all the emphasis on limiting cuts to public education, which ended up totaling $4 billion, there was little bandwidth for much else.

Now, on the State Board of Education, there is a push to alter the system in a way the Legislature could not. Thomas Ratliff, R-Mount Pleasant, has proposed an amendment that would use the board’s authority to set standards for course credit to offer more flexibility to school districts. Currently, students must achieve a 70 or above in order to pass a course. Ratliff’s amendment would tweak the law to allow districts to decide to pass students if the only reason they end up failing the course is because of their score on the state exam.

Ratliff said he came up with the idea after hearing concerns from superintendents about the effect on local grading policies.

“For the first time in our history the Legislature has codified ‘We don’t trust you to have a local grading policy,’” he said, “I just think that it is another example of the fact that local control is a myth.”

To take effect this spring, Ratliff’s proposal would have to be on the agenda for the November board meeting. He said he is working to garner support from his fellow board members. George Clayton, who chairs the board’s committee on instruction which would initially consider the measure, said in an email that he was inclined to support it and thinks that the board should take it up as a whole in November. He said that he would be taking a poll of the superintendents in his district for their input, and that his colleagues on the state board should do the same.

In an interview, Shapiro said she "completely disagreed" with Ratliff's plan, saying that it could harm students who heightened accountability standards aim to help — those at-risk for failing.

'If you say to those student you can take this exam but it doesn't really count, why would they even try?" she said.

And while Shapiro said she "wholeheartedly" supports local control, she said that "in this set of circumstances we do have to put some state guidelines."

She said that she would welcome more direction for districts on how the 15 percent factors into final grade, which she said was still "up in the air."

TEA spokeswoman Suzanne Marchman said currently districts can count the exams in any number of ways, since the law doesn’t define “final grade."

Scott hasn’t provided this guidance, Marchman said, because of past lawsuits school districts have brought against the agency for determining grading policies.

Eissler also expressed skepticism that Ratliff’s proposal would do much to address the struggles schools face with the new system. “I understand the complications it’s trying to address, but I don’t know if it will solve them,” he said.

He said Ratliff’s plan could end up undermining the goals of moving to a statewide assessment in the first place.

For his part, Ratliff disputes that the change would loosen any standards. “They will still have the same 70 on a 100 point scale to pass, but as determined by the school board, not by Austin,” he said. “'We’ll take your test and we’ll report to the state how we’re doing, but leave the local grading policy, the class rank and local GPA, leave that to us just like you have forever.’”

[Editor's note: This story has been updated to include a comment from Clayton and a clarification from Shapiro.]
Posted by Dr. Patricia D. López at 9:31 AM