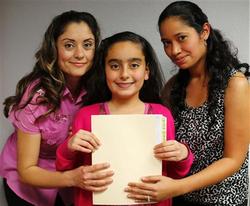 Fri, Feb 15 2013
By Stephanie Simon
(Reuters) - Getting in can be grueling.
Students may be asked to submit a 15-page typed research paper, an original short story, or a handwritten essay on the historical figure they would most like to meet. There are interviews. Exams. And pages of questions for parents to answer, including: How do you intend to help this school if we admit your son or daughter?
These aren't college applications. They're applications for seats at charter schools.
Charters are public schools, funded by taxpayers and widely promoted as open to all. But Reuters has found that across the United States, charters aggressively screen student applicants, assessing their academic records, parental support, disciplinary history, motivation, special needs and even their citizenship, sometimes in violation of state and federal law.
"I didn't get the sense that was what charter schools were all about - we'll pick the students who are the most motivated? Who are going to make our test scores look good?" said Michelle Newman, whose 8-year-old son lost his seat in an Ohio charter school last fall after he did poorly on an admissions test. "It left a bad taste in my mouth."
Set up as alternatives to traditional public schools, charter schools typically operate under private management and often boast small class sizes, innovative teaching styles or a particular academic focus. They're booming: There are now more than 6,000 in the United States, up from 2,500 a decade ago, educating a record 2.3 million children.
In cities and suburbs from Pennsylvania to Colorado to Arizona, charters and traditional public schools are locked in fierce competition - for students, for funding and for their very survival, with outcomes often hinging on student test scores.
Charter advocates say it's a fair fight because both types of schools are free and open to all. "That's a bedrock principle of our movement," said Jed Wallace, president of the California Charter Schools Association. And indeed, many states require charter schools to award seats by random lottery.
But as Reuters has found, it's not that simple. Thousands of charter schools don't provide subsidized lunches, putting them out of reach for families in poverty. Hundreds mandate that parents spend hours doing "volunteer" work for the school or risk losing their child's seat. In one extreme example the Cambridge Lakes Charter School in Pingree Grove, Illinois, mandates that each student's family invest in the company that built the school - a practice the state said it would investigate after inquiries from Reuters.
ARRAY OF BARRIERS
And from New Hampshire to California, charter schools large and small, honored and obscure, have developed complex application processes that can make it tough for students who struggle with disability, limited English skills, academic deficits or chaotic family lives to even get into the lottery.
Among the barriers that Reuters documented:
* Applications that are made available just a few hours a year.
* Lengthy application forms, often printed only in English, that require student and parent essays, report cards, test scores, disciplinary records, teacher recommendations and medical records.
* Demands that students present Social Security cards and birth certificates for their applications to be considered, even though such documents cannot be required under federal law.
* Mandatory family interviews.
* Assessment exams.
* Academic prerequisites.
* Requirements that applicants document any disabilities or special needs. The U.S. Department of Education considers this practice illegal on the college level but has not addressed the issue for K-12 schools.

Continue reading here.
Posted by Angela Valenzuela at 12:34 AM