A Labor Day Message on the Benefits of Labor Unions


The Rollback of Pro-Worker Policies Since Trump Took Office Is Staggering by Helaine Olen.

The answer is always the same one.  Don't get angry.  Join a union! Organize!
Become part of the solution.
-Angela 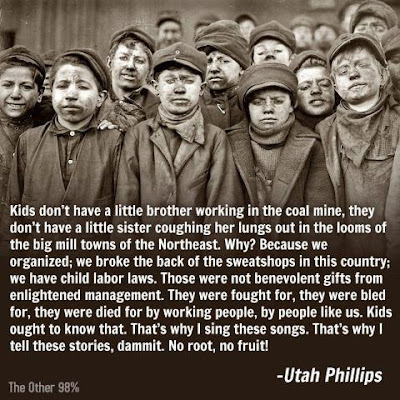 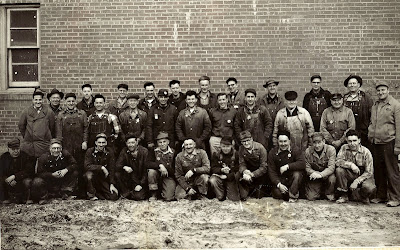 “[Strong] Unions struggled to eliminate abuses of early industrial society and improve workers’ lives by seeking higher wages and better working conditions for their members… [They] became an integral part of industrial society because they did not seek to destroy capitalism but, rather, to make employers more responsive to their employees’ needs and interests…” (Jerry H. Bentley and Herbert F. Ziegler, Traditions & Encounters).
·         Strong unions raise wages of unionized workers by roughly 20% and raise compensation, including both wages and benefits, by about 28%.
·        Strong unions reduce wage inequality because they raise wages more for low-and-middle-wage workers than for higher-wage workers, more for blue-collar than for white-collar workers, and more for workers who do not have a college degree.
·       Strong unions set a pay standard that nonunion employers follow. For example, a high school graduate whose workplace is not unionized but whose industry is 25% unionized is paid 5% more than similar workers in less unionized industries.
·       The impact of strong unions on total nonunion wages is almost as large as the impact on total union wages.
·       The most sweeping advantage for unionized workers is in fringe benefits. Unionized workers are more likely than their nonunionized counterparts to receive paid leave, are approximately 18% to 28% more likely to have employer-provided health insurance, and are 23% to 54% more likely to be in employer-provided pension plans.
·       Unionized workers receive more generous health benefits than nonunionized workers. They also pay 18% lower health care deductibles and a smaller share of the costs for family coverage. In retirement, unionized workers are 24% more likely to be covered by health insurance paid for by their employer.
·       Unionized workers receive better pension plans. Not only are they more likely to have a guaranteed benefit in retirement, their employers contribute 28% more toward pensions.
·       Unionized workers receive 26% more vacation time and 14% more total paid leave (vacations and holidays).

Strong unions play a pivotal role both in securing legislated labor protections and rights such as safety and health, overtime, and family/medical leave and in enforcing those rights on the job. Because unionized workers are more informed, they are more likely to benefit from social insurance programs such as unemployment insurance and workers compensation. Unions are, thus, an intermediary institution that provides a necessary complement to legislated benefits and protections (Economic Policy Institute).
Posted by Angela Valenzuela at 10:43 AM