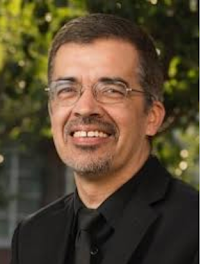 Powerful testimonio /testimony by Dr. Alvaro Huerta that sheds light on the problem of the under-representation of mathematics professors at our nations colleges and universities from a personal vantage point.

As a backdrop, Dr. Huerta notes the following abysmal figures:

"Based on NFS’s 2016 calendar year, out of 1,827 earned doctorates in mathematics and statistics, Hispanics or Latinos held only 63 doctorates, or 3 percent. In comparison, whites held 673 doctorates, or 37 percent. Given that Latinas/os, as the largest racialized groups in nation, represented an estimated 57.5 million residents in 2016, or about 18 percent of the U.S. population, 3 percent represents a minuscule and unacceptable figure."

One can't help but wonder what did not happen because of the discrimination that he and his friend, Martha, faced.  Both were subject not only to exceedingly low expectations, but were actually robbed of a first-place, mathematics victory that they had earned.

This cannot be left to chance. We must collectively work to increase the numbers of Mexican Americans and other minoritized children of color in STEM. To get there, we must create pathways to STEM careers and also continue offering and teaching against the kind of racism that creates mindsets that fail to teach equitably and in so doing, reduces possibilities for students of color.

Much more needs to be done to increase the number of minority faculty members and to promote mathematics as a field of study for students of color, writes Alvaro Huerta.

What does it take for an African American mathematician to abandon a tenured faculty position at a major research university? In recently published article in The New York Times, Pulitzer Prize-winning reporter Amy Harmon documents the unfortunate case of Edray Goins. According to Harmon, while African Americans represent fewer than 1 percent of doctorates in mathematics, Goines is one “of only about a dozen black mathematicians among nearly 2,000 tenured faculty members in the nation’s top 50 math departments.”

After a series of isolating experiences at Purdue University and mathematic conferences, Goines, who received degrees in mathematics from California Institute of Technology (B.S.) and Stanford University (Ph.D.), decided to speak out. He eventually sought refuge at Pomona College, a liberal arts college in Southern California. This is not to imply that there’s a surplus of African American mathematics professors at this elite liberal arts college or, for that matter, throughout California’s colleges and universities.

As I read this article, I reflected on my one-time aspiration to become a world-famous Chicano mathematician. When it comes to pursuing a profession in mathematics, I often feel like Marlon Brando, during the greatest scene in American cinema, in On the Waterfront, when he uttered, “You don’t understand … I coulda been a contender …” Growing up in one of the most violent neighborhoods in the nation, Ramona Gardens housing project (or Big Hazard projects) in East Los Angeles, I excelled in mathematics. At Murchison Elementary School, mathematics always came easy to me. Whenever I opened my math books, I visualized the problems and solved them in my head, while my classmates or childhood homeboys suffered in bewilderment. By the time I was in sixth grade, Ms. Rose had taught me high school algebra. My superb mathematics skills represented my ticket out of the projects. At the age of 17, I enrolled at the University of California, Los Angeles, as a freshman, majoring in mathematics.

I was determined to earn a Ph.D. in mathematics at the university, becoming the Chicano version of Isaac Newton or Gottfried Wilhelm Leibnitz -- the co-founders of calculus. But I experienced a deep sense of alienation in my calculus classes, where I was the only brown body in my lecture classes with hundreds of white and Asian students. I felt like a pinto bean in a bowl of milk.

As a result, I changed my major to history, and eventually earned a Ph.D. in city and regional planning from the University of California, Berkeley. I blame a racist society that has low expectations for Chicanas/os in STEM. I also blame the math judges in Los Angeles who denied me my 15 minutes of fame during a regional high school competition.

During my senior year in high school, I first joined the student club for math nerds, MESA (Mathematics Engineering Science Achievement). We met during lunch with a math teacher adviser -- let’s call him Mr. Nicholson -- to talk about math-related events, programs and competitions. By joining MESA, I shared a passion for mathematics with like-minded students. When my homeboys from the projects asked why I occasionally didn’t hang out with them, I always said, “I’m making a move on a cheerleader.” I didn’t want to lose my street cred!

While some of the MESA members were taking calculus, others, like myself, were taking precalculus. To catch up, I took a night class in calculus at California State University, Los Angeles. When the regional MESA competition arrived at a nearby college, Mr. Nicholson selected Javier and Ritchie (not their real names) to compete against students from other regional schools. One week prior to the competition, Javier and Ritchie got nervous and dropped out. When Mr. Nicholson asked for volunteers, like a dummy, I raised my hand. Another student, Martha, also volunteered.

Once we left the meeting, I told Martha, “I hope you can deliver us to victory.”

She bluntly replied, “We have no chance.”

She probably felt this way because very few Chicanas were taking calculus at our school. Also, we didn’t have any Latina/o teachers in the mathematics and science department, and we couldn’t even imagine ourselves competing in any academic competition. For myself, it didn’t help that I grew up in the projects, where many of the residents lacked a high school diploma.

When the big day arrived, on a sunny Saturday morning, I drove my 1967 Mustang to the college campus. As the test started, the proctor distributed four pages of calculus problems. I panicked. Once I calmed myself down, I started with the last problem, working backward, one problem at a time. After I finished, I wasn’t sure of the outcome. As the awards ceremony started, where calculus was the top prize, I was resigned to defeat. After the judges announced third place and second place, I still waited in suspense for the first place winner.

“And the winner of the MESA calculus competition is …” the moderator exclaimed loudly. He paused a few seconds. And then, with great gusto, he yelled out the name of … another school.

One month later, Mr. Nicholson announced over the school intercom, “Congratulations to Alvaro Huerta and Martha Peña for winning the regional MESA calculus competition.” At our next MESA meeting, he told us that the judges from the “winning” high school had cheated, favoring their own students. In fact, I had the highest score, and Martha had the second highest. In short, we were robbed.

Many moons later, as I seek to determine how many Latinas/os in general and Chicanas/os (Mexican Americans) in particular possess doctorates in mathematics, I reached out to highly accomplished Latina/o mathematicians, including William Yslas Velez, Richard Tapia and Herbert Medina. They all referred me to the National Science Foundation and its annual Survey of Earned Doctorates. Based on NFS’s 2016 calendar year, out of 1,827 earned doctorates in mathematics and statistics, Hispanics or Latinos held only 63 doctorates, or 3 percent. In comparison, whites held 673 doctorates, or 37 percent. Given that Latinas/os, as the largest racialized groups in nation, represented an estimated 57.5 million residents in 2016, or about 18 percent of the U.S. population, 3 percent represents a minuscule and unacceptable figure.

In fact, apart from the fact that this category also includes statistics, the actual number for Latinas/o and Chicanas/o mathematics doctorate holders raised in the United States is lower than 3 percent, as 850 -- or 46.5 percent of the total 1,827 -- consist of “temporary visa holders.” Also, since the term “Hispanic” generally refers to individuals with Spanish surnames, doctorates in mathematics from Spain and other parts of Europe shouldn’t be categorized with Latina/os and Chicanas/os with roots in the United States and from Latin America. Moreover, the figures are not precise in terms of Latina/o subgroups, like Chicanas/os, Cuban Americans, Puerto Ricans, etc., which makes a big difference in a country where individuals of Mexican origin represent over 36 million, or 63.3 percent, of all Latinas/os.

To increase the number of Latinas/os, particularly Chicanas/os, in mathematics at the faculty level and promote mathematics as a field of study among communities of color, institutions of higher educations must do a better job of collaborating with K-12 public schools to bridge this racial gap in the academy. For example, colleges and universities should give service credit and financial incentives to mathematics professors to mentor and motivate K-12 students, starting with elementary schools. Also, as part of their efforts to diversify their departments in mathematics, they should provide extra financial incentives, such as grants and fellowships, for Latinas/os to major in mathematics, especially at the doctoral level. I’m not diminishing the importance of the existing programs to diversify STEM in general and mathematics in particular. But much more needs to be done to produce more Latina/o and Chicana/o mathematics professors and teachers so brown youth can have more positive role models -- showing and telling them by example, “¡Sí, se puede!/ Yes, we can!”

Posted by Angela Valenzuela at 3:07 PM