Critics: Testing is going too far 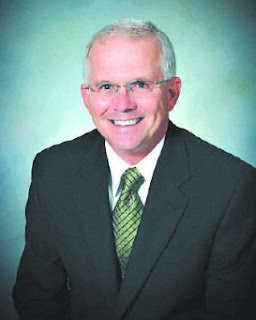 But the number of state and federally required tests that will be given to students this year and the amount of time it takes to prepare for and administer those tests have gotten out of hand, according to Waddell and other educators.

"We've gotten to a point where if a little bit is good, a lot more ought to be better," Waddell said.

Critics also say that too much emphasis is being placed on test results, which can determine teacher pay and even the amount of money the state sends to school districts.

"This system was to measure academic performance," said Larry Comer, spokesman for the Association of Texas Professional Educators. "Now it's being used for everything. It's something politicians can grab onto. Everybody agrees that the system is broken; we just have to figure out how to fix it."

This year's Texas Assessment of Knowledge and Skills begins today with reading and writing tests for students in the third, fourth, fifth, seventh, ninth and 10th grades. In addition, exit-level English language arts tests will be given; students must pass them to graduate. Testing will continue through the end of the school year, with retests well into July. Some tests take only a few hours. Others, like today's high school English language arts tests, are untimed, and some students may work well into the night.

During the 2002-03 school year, school districts were responsible for giving 110 kinds of tests, Fort Worth schools Superintendent Melody Johnson said.

That number has steadily increased, she said. This year, 203 kinds of exams will be given to students, including the TAKS in English and in Spanish and a variety of forms for bilingual and special-education students.

The assessment program is a byproduct of the accountability systems set up by the state and federal governments. They each require different tests in different subjects.

"Everybody embraces accountability and acknowledges the fact that you have to have good information and data to measure if students are learning," Johnson said.

But the current programs put tremendous pressure on educators to focus more on scores than on curriculum.

"There are a lot of diversions from the teaching and learning process on the way to the test that are detrimental," Johnson said.

Muffet Livaudais, communications director of the student assessment division of the Texas Education Agency, said her office understands the frustration the system creates.

"We don't have a lot of choice," she said. "By law, our job is to implement the testing program that we are assigned."

Waddell said many superintendents are concerned about the number of tests that some students have to take.

For example, a fifth-grade bilingual elementary student could take up to nine tests between now and the end of the year, Waddell said. That number could include retests, likely for a bilingual student.

"We have to rethink what we're trying to accomplish with these tests," Waddell said. "The volume has gotten carried away."

Last year, 25,941 pounds of testing materials -- close to 13 tons -- were delivered to warehouses in the Hurst-Euless-Bedford school district. And as more tests, such as state end-of-course examinations, are likely to be added, that amount could grow.

Every new exam must be tried out on students to assess the fairness of the questions. And with each new test, teachers will give more practice tests to ensure that students are hitting the benchmarks that will be measured.

Comer said he has heard anecdotes from across the state about students who are punished for poor TAKS performance and about beleaguered teachers losing the ability to provide creative and inspiring instruction:

In El Paso, a reading specialist was pulled from her classes to provide math tutoring for struggling fifth-graders, Comer said.

In Houston, poor reading performance by third-graders at an inner-city school resulted in all students, including kindergartners, being deprived of recess.

"Everyone feels the pressure," Comer said. "Teachers have all this knowledge they want to share. But if it's not tested, it's not taught."

The solution is to convert to one streamlined system that measures "value added," or the progress that children make from year to year, Johnson said.

Wally Carter, director of institutional research and testing for the Arlington school district, agrees that a value-added system would bring about the changes in public education that legislators are looking for.

"Somehow, they think that setting the standards high is what's really going to reform schools and reform teaching," Carter said. "There should be other things in place that have much more to do with the actual leadership and management of teaching."

And while change does not appear to be on the horizon, Waddell hopes that "common sense" will eventually prevail.

"A test has never taught anybody anything. It's designed to figure out what people have learned," Waddell said. "The end result is, we're doing less teaching and more testing."

Q: What is the Student Success Initiative?

A: Enacted in 1999, the SSI applies to grade three reading and grade five reading and math. Students can advance to the next grade level only by passing those tests or by unanimous decision of their grade placement committee. Next year, eighth-graders must pass the math and reading tests to advance. The SSI's goal is to ensure that all students receive the instruction and support they need to succeed in reading and mathematics.

Q: Are charter schools required to give state assessments?

Q: Can students use highlighters during the test?

Q: Can students use cellphones during the test?

A: Use of cellphones and other communications devices during testing is not permitted.

Q: What if students become ill during the test?

A: If they feel better later in the day and haven't discussed the test with anyone, they may complete the test. They will not be allowed to take the makeup test because they will have seen the test, and they may not receive a score for the part they completed.

Q: What about students suspended from school on the test day?

A: Students can take the test on the makeup day.

Here are some major testing dates for the rest of the school year. This list does not include assessments for bilingual or special-education students.

Email ThisBlogThis!Share to TwitterShare to FacebookShare to Pinterest
Labels: testing