TexMex: A Cuisine In Its Own Right 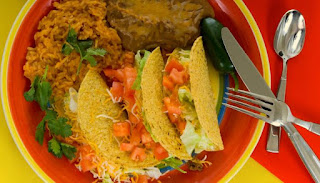 A recent critique of TexMex food appeared in the Daily Texan: (OpEd).  One may read the OpEd to see how its author dismissed TexMex cuisine negatively.  The backlash to this commentary was swift, aggressive, and refreshing.

As someone who is a longtime student of Mexico, it’s culture, and its cuisine (I am an anthropologist by training and a social researcher), it got me thinking about the development of TexMex and how TexMex came to be what it is today.

First of all, Mexican cuisine is region specific (Mexican Cuisine Regions) and (Mexican Cuisine Regions). For example, the barbacoa de res that one finds frequently in Texas and Northern Mexico is quite distinct from other forms of barbacoa found in the state of Hidalgo or in Yucatan. TexMex, like other forms of Mexican regional cooking, is a product of the ingredients one finds locally. While some dishes today transcend regions such as mole rojo, enchiladas verdes, or chile relleno, generally speaking each region provides very distinctive, local dishes with few things being similar from one region to the next.

Perhaps part of the criticism of the OpEd piece comes from what TexMex restaurants generally serve, they serve items their customers want and expect. Mama Cuellar from North Texas’ El Chico Cafe and scion of TexMex cuisine once said she did not want to serve anything children would not eat. As a result, the El Chico menu for decades was largely constructed around crispy tacos and enchiladas. To an extent, this desire to please the customer might continue to limit the food offerings at TexMex restaurants, but to reduce TexMex cuisine to this formula is superficial.  It would be impossible to argue that TexMex food has not evolved and incorporated items from the interior of Mexico over many decades. For example, there was a time, pre-1980s, when fajitas were not to be found on any menu anywhere in Texas. If one were to spend time in the houses of Mexican American Tejanos it is doubtful that one would find the TexMex items generally served in restaurants.

To understand TexMex cuisine one must give thought to its development, and its history. Some say TexMex is not “Mexican”, but this dismisses its roots.  One could say that while TexMex is generally a form derived and reflective of Northern Mexican cuisine, it tends to stress certain items over others. It would be hard to argue that cabrito, roasted kid goat is not TexMex but it is a rarity in TexMex restaurants.

Crispy tacos, beef enchiladas, and cheese enchiladas are staples of the TexMex cuisine found in restaurants, but TexMex is certainly not limited to these items. TexMex is perhaps even closer to Northern Mexican cooking than New Mexican cuisine or California Mexican cuisine, but why the distinctions? These distinctions, like the cuisines of Mexico, are not only a result of the availability of local ingredients, but also result of isolation from the imposition of the border that divides these regions from Mexico across 2000 miles of border, border that has been in place since the Treaty of Guadalupe Hidalgo (1848). This border separates family, friends, and ultimately gives rise to distinct cultures and cuisines.  Perhaps if the border were not imposed, TexMex would not have become a regional form of Mexican cooking with distinctions from the cuisine of Northern Mexico. The trauma of the border must be considered in our understanding of how TexMex became a unique form of regional Mexican cooking along with other border state cuisines, in its own right.
Posted by Greg Pulte at 3:53 PM