The link between emotion and working memory

Important, interesting research on emotions and the brain from 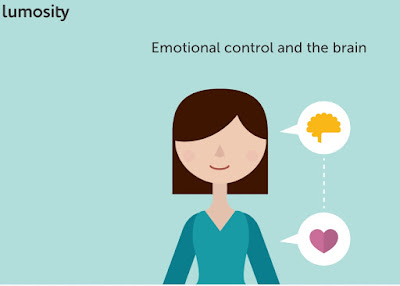 Emotional control and the brain.  Could you learn to have better control of your emotions? A 2013 study in the Journal of Neuroscience suggests that a certain type of working memory training can help people regulate their emotions in high-stress situations.


The link between emotion and working memory
Emotional control, or the ability to regulate your emotional responses and stay focused on a goal, helps determine success in personal relationships as well as in professional ones. The researchers in this study noted that emotional control and working memory rely upon some of the same brain areas, including the frontoparietal area and the amygdala. Since these two functions share brain pathways, they posited that strengthening one could strengthen the other.

Working memory, your ability to store and use multiple pieces of information at once, is a skill drawn upon in many aspects of daily life. Every time you mentally calculate a tip while splitting a bill or hold on to your original train of thought when interrupted, you use your working memory.
Special emotion-oriented working memory training
Researchers divided the study’s 34 participants into two groups: one trained working memory for 20 days, while the other placebo group played simple games for 20 days.

The group that trained worked with a special version of the dual n-back task, a common neuropsychological task used in many studies. The traditional dual n-back task has people observe sequences of two types of stimuli, typically an image and a sound. People must compare the current item with what they heard or saw 1, 2, 3, or more trials ago.

Training helped lower emotional distress
After 20 days, all participants watched a series of emotionally disturbing films on topics such as war, famine, or accidents. While watching, participants were asked to either control their emotions or not attempt any control.

The future of emotional training
The ability to rein in your emotions and keep a cool head is crucial to success in many avenues of life. While there are still many open questions about emotional control, this study suggests that researchers may find a clue by exploring its relation to other well-studied brain functions. The more we learn, the better we may be able to help people understand not only their intellectual capabilities but also other aspects of their cognitive well-being.
Posted by Angela Valenzuela at 9:09 AM