Why I Am No Longer a Measurement Specialist by Dr. Gene Glass


The degrading of public education has involved impugning its effectiveness, cutting its budget, and busting its unions. Educational measurement has been the perfect tool for accomplishing all three: cheap and scientific looking.

The only thing that I might add is that it is important for progressives to study psychometrics so that they can critique/challenge from within.  But I totally get it that once one is in this community, it can be very seductive to the point that one can abandon one's original commitments to equity.  Not in Gene's case though.  He's simply defecting.  Check out Gene Glass' blog here. 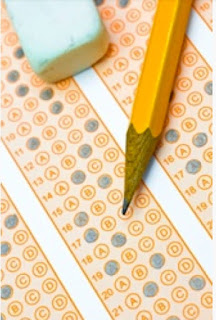 Why I Am No Longer a Measurement Specialist

I was introduced to psychometrics in 1959. I thought it was really neat. By 1960, I was programming a computer on a psychometrics research project funded by the Office of Naval Research. In 1962, I entered graduate school to study educational measurement under the top scholars in the field.
My mentors – both those I spoke with daily and those whose works I read – had served in WWII. Many did research on human factors — measuring aptitudes and talents and matching them to jobs. Assessments showed who were the best candidates to be pilots or navigators or marksmen. We were told that psychometrics had won the war; and of course, we believed it.
The next wars that psychometrics promised it could win were the wars on poverty and ignorance. The man who led the Army Air Corps effort in psychometrics started a private research center. (It exists today, and is a beneficiary of the millions of dollars spent on Common Core testing.) My dissertation won the 1966 prize in Psychometrics awarded by that man’s organization. And I was hired to fill the slot recently vacated by the world’s leading psychometrician at the University of Illinois. Psychometrics was flying high, and so was I.
Psychologists of the 1960s & 1970s were saying that just measuring talent wasn’t enough. Talents had to be matched with the demands of tasks to optimize performance. Measure a learning style, say, and match it to the way a child is taught. If Jimmy is a visual learner, then teach Jimmy in a visual way. Psychometrics promised to help build a better world. But twenty years later, the promises were still unfulfilled. Both talent and tasks were too complex to yield to this simple plan. Instead, psychometricians grew enthralled with mathematical niceties. Testing in schools became a ritual without any real purpose other than picking a few children for special attention.
Around 1980, I served for a time on the committee that made most of the important decisions about the National Assessment of Educational Progress. The project was under increasing pressure to “grade” the NAEP results: Pass/Fail; A/B/C/D/F; Advanced/Proficient/Basic. Our committee held firm: such grading was purely arbitrary, and worse, would only be used politically. The contract was eventually taken from our organization and given to another that promised it could give the nation a grade, free of politics. It couldn’t.
Measurement has changed along with the nation. In the last three decades, the public has largely withdrawn its commitment to public education. The reasons are multiple: those who pay for public schools have less money, and those served by the public schools look less and less like those paying taxes.
The degrading of public education has involved impugning its effectiveness, cutting its budget, and busting its unions. Educational measurement has been the perfect tool for accomplishing all three: cheap and scientific looking.
International tests have purported to prove that America’s schools are inefficient or run by lazy incompetents. Paper-and-pencil tests seemingly show that kids in private schools – funded by parents – are smarter than kids in public schools. We’ll get to the top, so the story goes, if we test a teacher’s students in September and June and fire that teacher if the gains aren’t great enough.
There has been resistance, of course. Teachers and many parents understand that children’s development is far too complex to capture with an hour or two taking a standardized test. So resistance has been met with legislated mandates. The test company lobbyists convince politicians that grading teachers and schools is as easy as grading cuts of meat. A huge publishing company from the UK has spent $8 million in the past decade lobbying Congress. Politicians believe that testing must be the cornerstone of any education policy.
The results of this cronyism between corporations and politicians have been chaotic. Parents see the stress placed on their children and report them sick on test day. Educators, under pressure they see as illegitimate, break the rules imposed on them by governments. Many teachers put their best judgment and best lessons aside and drill children on how to score high on multiple-choice tests. And too many of the best teachers exit the profession.
When measurement became the instrument of accountability, testing companies prospered and schools suffered. I have watched this happen for several years now. I have slowly withdrawn my intellectual commitment to the field of measurement. Recently I asked my dean to switch my affiliation from the measurement program to the policy program. I am no longer comfortable being associated with the discipline of educational measurement.