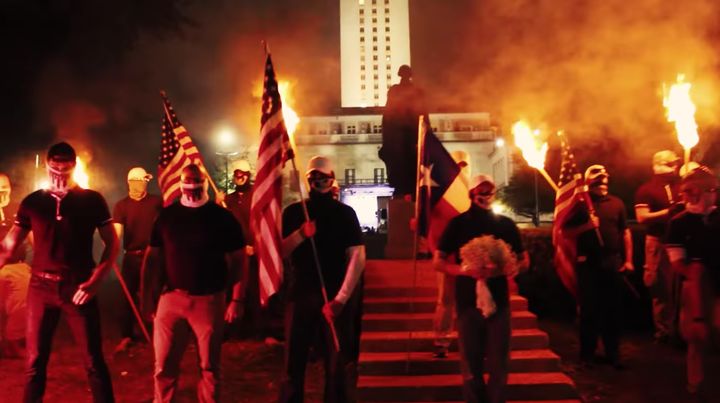 Undoubtedly, the election of an openly racist person to the presidency and his reckless speech has helped unleash the bitter animal of subsumed hatred that had been mostly silenced since the Civil Rights Era. With the election of Trump, with Trump's refusal to disavow racists like KKK Wizard David Duke of Louisiana, and with Trump's calling Mexican immigrants rapists and murderers, we are witnessing the coming out of an evil which should not exist in our country, the evil of fascism, white supremacy, and racism. It is stunning that a country that joined to eradicate the world of Nazi-fascism has its own young people on our college campuses preaching this fascist message. These people did not grow up at the feet of grandparents who suffered through war abroad and later through the assassinations of the Civil Rights Movement to have any understanding of where this thinking leads.

My grandparents, their brothers, and sisters went overseas to fight the scourge of fascism during World War II. Several of my great uncles stormed the beaches of Normandy on D-Day to rid Europe of this hateful foolishness. Each returned, but was forever transformed by the horrors of war. The men and women who struggled to rid the world of fascism suffered immensely, many gave their lives, and many more gave their sanity when they returned from the brutalities they experienced.


My grandparents generation, who grew up with little during the Great Depression, who were compelled to defeat Nazi-fascism in Europe, when they had rarely even been off the farm, would turn over in their graves if they were to see this demonic madness taking place in our streets and our institutions of higher learning. More than 30 years ago my grandmother told me that fascism would never take root in America because Americans would never join in, that Americans were too independent and individualist to ever sheepishly join these hordes, yet today this behavior is becoming increasingly normalized.

Our country belongs to everyone, and especially to those who want to contribute to its better future and not tear it apart from within because they do not like the color of another's skin, their language, or their country of origin. This cannot stand.