Despite Beto's Loss, Success in 2020 is Within Reach

I am very encouraged.  Although Beto O'Rourke lost yesterday's Senate race, it is significant that 75-80% of Latinos voted for him, alongside unprecedented levels of voter turnout by the Latino community in this election.  According to this Texas Observer piece titled, "In the Rio Grande Valley, New Citizens Turn Out to Vote for the First Time," it's heartening to see that many first-time voters turned out.  Trump's anti-immigrant campaign particularly affects the Latino community as noted in this America's Voice bulletin below.

Latinos in Texas remain overwhelmingly democratic and their top issue is immigration reform, followed by the economy, health care costs, and income inequality.

Analysts correctly state that Beto O'Rourke's race helped "down-ballot" candidates.  Democrats in Texas, for example, picked up a whopping 12 Texas House seats, particularly in North Texas—but more is needed to overcome the advantage that Republicans still hold in the House.  Of these twelve, all are women and from what I can tell, three are Latina, boding well for the Mexican American Legislative Caucus in the House.


Perhaps the most amazing accomplishment for the state of Texas was  overall turnout, surging to near-presidential election levels at 8.3 million people strong, as noted by the Texas Tribune.  This nearly amounts to the 9 million votes cast in the 2016 presidential election.

With great candidates like Beto running a phenomenal U.S. Senate race, Texas is definitely winnable without PAC monies.  However winning requires investment, especially by the democratic party that has largely neglected Texas and Texas voters.

While saddened by Beto's loss, us Texans owe much to his courage, stamina, and progressive values and vision which definitely have a home in Texas.

There is therefore so much reason to be hopeful. 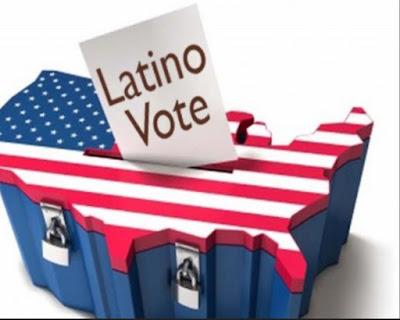 AUSTIN, TX – Higher voter turnout was reported all across Texas during this year’s midterm election, leading to an increase in Latino and suburban voters that broke heavily for Democratic candidate Beto O’Rourke in his race to unseat Sen. Ted Cruz. Despite the high numbers, O’Rourke was unable to defeat Cruz, but as findings from the American Election Eve Poll show, the Democrat built the foundation to turnout voters of color in Texas who showed up and overwhelmingly supported him across the state.
Data from the election eve poll was corroborated by on the ground data from county and precinct election returns showing over a 100% increase in the Latino vote in Dallas, Houston, El Paso as well as throughout the Rio Grande Valley. Precinct analysis of the vote returns by the UCLA Latino Policy & Politics Initiative suggest around 75-80% of Latinos voted for O’Rourke.
Latinos overwhelmingly continue to favor Democrats as our finding show, and immigration reform remained the number one issue for Latinos in the Lone Star State.
The American Election Eve Poll examined how African American, Asian American & Pacific Islander, and Latino voters in Texas engaged in the 2018 midterm elections.
The preliminary Texas results from the American Election Eve Poll show
ISSUES
Top issues for African American voters in Texas
Top issues for AAPI voters in Texas
Top issues for Latino voters in Texas
TEXAS SENATE RACE
African American Voters
AAPI Voters
Latino Voters
TEXAS VOTERS
Frank Sharry, Executive Director of America’s Voice issued the following statement: “This should be a wake-up call for Democrats that Texas is winnable. Beto O’Rourke has paved the wave for future progressive candidates to loudly support policies that are pro-immigrant. Unprecedented support from Latinos shows that there are gains to be made if the investments are there.”
Mario Carrillo, Texas State Director of America’s Voice issued the following statement, “Texas is well on its way to becoming a swing state, and Latino voters remain the key. Beto O’Rourke’s campaign went a long way in engaging and inspiring Texans in every corner of the state, and we must build on the foundation he has set.”
“Latinos in Texas have made their presence felt throughout the state with historic turnout for a midterm along the border, gains in Latino-heavy districts, as well as sending two Latinas to the House of Representatives. We must continue investing in Texas, especially along the border, to ensure that Latinos continue to grow their power in a state in which they’ll soon be the majority.”
Posted by Angela Valenzuela at 1:31 PM