The Stalinization of American Public Education

Here is an important, if chilling read.

Insightful quote from within:


Ubiquitous in American schools, outcomes-based education seems more suited to the goals of communism than the ideals of democracy. “The activity of the [Stalinist] system of education was not oriented toward encouraging creativity, and the development of the personality but rather toward universal leveling, averaging, and the fulfillment of the social mandate” (Borisenkov, 2007, p. 7).


Common Core anyone? Arne Duncan and Joseph Stalin... both pushers of 'five year plans'... The Stalinization of American Public Education

[Editor's Note: The following essay, which originally appeared in the Teachers College Record under the title "Stalinizing American Education" (September 16, 2011) is reprinted here in recognition of the fact that the eerie similarities between totalitarian planning and the current regime in the U.S. Department of Education was not simply something noted by Substance's editors. The neo-Maoists find common cause with the Atlas Shrugged crowd in pushing against the democratic education of children in the USA.

1. “Teachers are asked to achieve significant academic growth for all students at the same time that they instruct students with ever-more diverse needs….The stakes are huge—and the time to cling to the status quo has passed.”


2. “We had to have a campaign for 100 percent successful teaching…all students must learn.”

Although all three of the above sentiments could be attributable to current officeholders in Washington, D.C., only the first is American” from Secretary of Education Arne Duncan (Duncan 2010, January). The second and third are policy statements which emanated from old Soviet policy papers on educational reform (Ewing, 2001, p. 487).  Continue reading here. 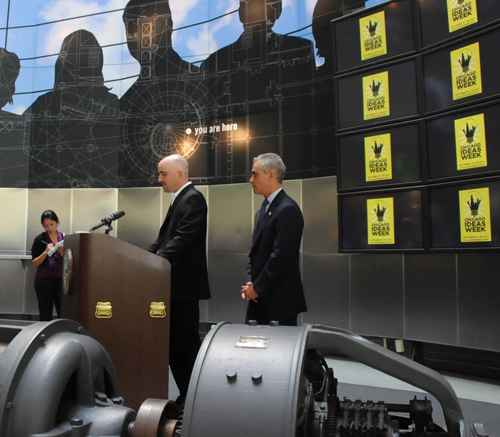