The Color of Fear

Yesterday evening in class, we saw this film produced by Lee Mun Wah titled, "The Color of Fear" (click here to view).  I’m very happy to see that it’s now on Youtube.  It used to be a long walk to the Fine Arts Library at UT to check it out. 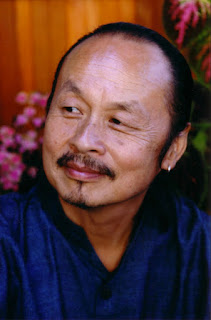 I urge you to see it when you are ready to take a deep look into the face of racism in this country. I’ve shown this video many times in my classes and it never ceases to agitate, to provoke.  It always ignites within me an array of thoughts and emotions.  In my students, as well.
It ties in directly to what this election has been largely about— namely, unacknowledged privilege and a fear of the other.  Even if being hostile in these ways is a well-known path to electoral victory, it remains a discordant message to have a quarrel with the other half of an America that for many, symbolizes America’s “loss” of its narrative of white, Eurocentric dominance.
I don’t want to quarrel.  I am educator.  I want to discuss and engage in dialogue and reflection.
In our reflection after viewing this impactful film, a student pointed out that though the film is 22 years old, she questioned whether little would be different had this video been made today, suggesting precious little progress in eliminating racism.
You can view this and judge for yourself.  In the meantime, I find solace in Martin Luther King Jr.’s words that “The arc of the moral universe is long, but it bends towards justice.”
As educators, we are to keep doing what we’re doing because we know that what we do makes a difference in the world and transforms lives.  Show this film to your students as it promises to clarify the internal logic and depths of racism that we must unceasingly address.  It of course connects to, and has implications for, all other existing forms of oppression.
Thanks to Lee Mun Wah for this courageous work, a beacon of light, no less, in these dark times.
Angela Valenzuela
c/s

Posted by Angela Valenzuela at 8:49 AM