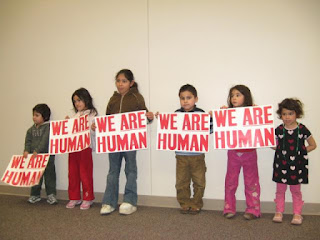 “The Trump administration announced a new rule Thursday that would allow immigrant children with their parents to be held in detention indefinitely, upending a ban on indefinite detention that has been in place for 20 years.” (Trump wants to keep kids indefinitely)

How is this necessary?  Being in the country without documentation is not a federal crime, it is a civil issue. The entire detention industry is corporate profiteering that capitalizes on the desperation and suffering of immigrants and the steady flow of U.S. tax dollars.