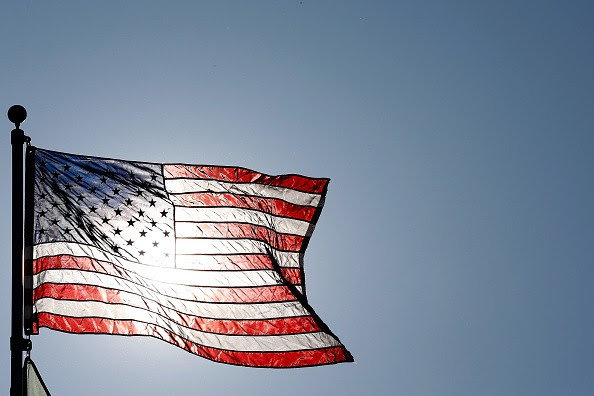 The U.S. becomes the second-largest Spanish-speaking country in the world when taking into account bilingual speakers. (Photo : Todd Warshaw/Getty Images)

The United States stands right behind Mexico as the largest Spanish-speaking country in the world.


According to a new study published by Instituto Cervantes, the U.S. is home to 41 million native Spanish speakers and 11.6 million are also counted as bilingual. The new data places the U.S. above Colombia, which has 48 million, and Spain, which can claim 46 million Spanish speakers.

As reported in The Guardian, The Instituto Cervantes, a worldwide non-profit organization created by the Spanish government in 1991 to promote the Spanish language, offers educational courses and last year boasted more than 200,000 students registered.


The organization cites a U.S. Census Office report which estimates that the U.S. will have 138 million Spanish speakers by the year 2050. The highest concentration of Spanish speakers hail from New Mexico, California, Texas and Arizona.

So whatever an unorthodox politician such as Donald Trump wants to say about Mexico, or however much a right-wing talk show host like Michael Savage would like to stress a policy of “borders, language, and culture,” the political reality is that unless hopeful candidates are comfortable speaking Spanish they might soon find themselves at a serious disadvantage.

According to Rice University political scientist Mark Jones, a candidate’s ability to speak Spanish gives the aspirant a definite edge with Latino voters no matter what the political affiliation. Speaking to the Texas Tribune in 2013, Jones said, “Any Hispanic politician that doesn’t have that skill set is disadvantaged, in part, because they don’t have the ability to connect in the same way with a key segment of the voting public.”

For U.S. politicians being able to speak Spanish may be common sense. “If you interact in Spanish with Spanish speakers, you have a much richer and more contemplated understanding of issues important to those people,” said Jones.

Posted by Angela Valenzuela at 11:32 PM