The Inconvenient Truth about Charter Schools in Texas: Look at the Evidence 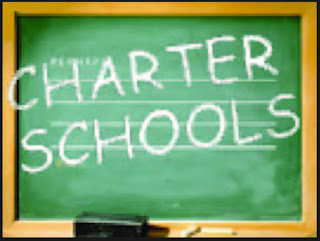 This press release by former, two-term SBOE Member and Vice-Chair Thomas Ratliff (R-District 9) that came out, I believe, sometime in October 2017, offers an evidence-based, unblinking look at the status of charter schools in Texas.  Not a pretty picture.

If you want access to the data that he is referencing, go to this link (which expires in early December 2017).  It should concern us as parents, communities, and taxpayers that we are indeed "throwing money at the problem" as Ratliff notes, yet "legislative outrage for these substandard achievement numbers" simply is not there.  However inconvenient this truth about charter schools in Texas—which is really an insidious national-level, highly problematic agenda to corporatize and marketize public education—I say enough with experimenting on children and exploiting the public's ignorance and good will on the matter.

Do give this press release a close read and check out the evidence for yourself.


HOW LONG DO WE HAVE TO WAIT?


While charter schools have seen improvement over the 20 years since their inception, it’s clear from five years of TEA data, that charter schools underperform as a whole compared to their ISD counterparts.  This isn’t an opinion; it’s the facts.


The evidence is in the past five years of TEA Snapshot Data available on TEA’s website.  Keep in mind, this isn’t based on the A-F Accountability System (which I agree is far from perfect).  These are the raw numbers, and the data shows the following:


Since 2012, charter schools have had fewer students in special education, career and technical education, and gifted and talented education programs.  Not just by a little, but a lot.  It’s interesting that a “random lottery” of public school students generates such a skewed student population compared to the state as a whole.  Maybe if a charter doesn’t offer those programs, the students don’t bother applying to attend that school?  Just a thought.


From 2012 through 2016, charter schools tested an average of 43% of their students for “college admissions” tests like ACT and SAT.  At the same time, ISDs tested 68%.  So, given this difference, you would assume that charter schools outperform ISDs on the ACT and SAT tests, right?  Wrong.


Say what you will about the STAAR tests, but over the past 5 years, ISDs outperformed charter schools on the STAAR tests.  Enough said.  Moving on to the next point.


Charters talk about how they have less money per student than the “average” ISD.  This is a point of disagreement that I won’t go into here, but let’s look at how that money is spent.


Finally, if we give a nod to the state’s accountability system and look at districts that “met standard” or “alternative standard” (this is only available to dropout recovery charters), the charter schools have lagged behind the ISDs since 2012.  Charters have improved, however, from 80% to 85% of their districts having “met standard or alternative standard” while the ISDs have 97% of their districts achieving that measurement.


1.     Charters are improving, but they are still lagging well behind the ISDs across the board after 20 years of charter schools in Texas.


3.     ISDs graduate a far greater percentage of students on time.


4.     ISDs spend more money in the classroom and less in the central office.


5.     We only know all of this because charters are ACCOUNTABLE to the state for these tax dollars, unlike virtually every voucher proposal floated out this year at the legislature.


So, we have to ask ourselves a few questions after reading this data.


1.      Where is the legislative outrage for these substandard achievement numbers?


2.     If we can’t or shouldn’t “throw money at the problem” then why did the legislature INCREASE state aid for charter schools by $1.46 billion while DECREASING state aid for ISDs by $2.6 billion (based on the adopted state budget)?


3.     If “competition” is supposed to help kids, how long will the state subsidize lower-performing competitors just for the sake of “competition” in public education?


Finally, “How long do we have to wait for the charters to fulfill their promise of improving student learning” compared to the ISDs that educate EVERY child that walks in the door?”  If this is “steady” improvement, how many more years will it be before charters meet or exceed ISDs and how many kids will be negatively impacted while we wait?


Thomas Ratliff is a former member of the State Board of Education where he served two terms as the board’s Vice Chairman.
Posted by Angela Valenzuela at 12:08 PM