Great news regarding the dedication of an official Texas historical marker that honors the memory of Gregorio Cortez.  If you've never seen the movie, The Ballad of Gregorio Cortez, treat yourself to a free feature-length movie on Youtube, downloadable here.  Treat yourself, as well, to the book from which the movie was made titled, "With His Pistol in His Hand": A Border Ballad and Its Hero, authored by the late Américo Paredes, former distinguished University of Texas scholar and renowned musician and folklorist from Brownsville, Texas.  You can read about Don Américo here.  Hats off to Fred Díaz and others that worked really hard to make this happen. 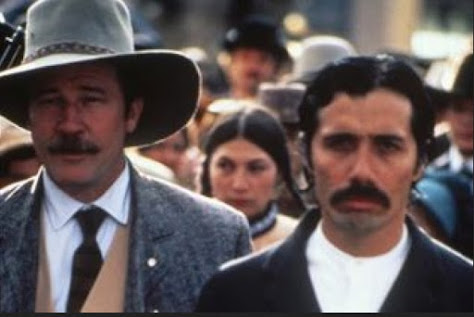 The Karnes County Historical Society and the Texas Historical Commission cordially invite the public to share in and witness this exciting historical event of the formal dedication of an Official Texas Historical Subject Marker of Gregorio Cortez on Saturday, August 20, 2016, at 9:30 a.m.  The ceremony will take place at Lenz Hall, 3728 F. M. 626 Unit 2, and the unveiling of the marker will follow, located across from Lenz Hall,  approximately ¼ mile west/southwest of intersection  FM 626 and FM 2102 near Kenedy, Texas, Karnes County.

The keynote address will be delivered by Cynthia E. Orozco, Ph.D. who obtained her BA from the University of TX at Austin, an MA and PhD from UCLA. She taught at the University of TX at San Antonio and University of New Mexico.  She is the author of No Mexicans, Women or Dogs Allowed: The Rise of the Mexican American Civil Rights Movement.  She is the co-editor of Mexican Americans in Texas History, an associate editor of Latinas in the United States: An Historical Encyclopedia and served as Research Associate at the Texas State Historical Association where she wrote 80 articles on TX history for the New Handbook of Texas. She has also worked as a Research Associate at the Institute of Texan Cultures.  She currently teaches and is the Chair of History, Humanities and Social Sciences at ENMU Ruidoso, New Mexico.   She was appointed to the New Mexico Humanities Council by Governor Richardson. The Texas State Historical Association named Dr. Orozco, a fellow in 2012.

“The Official Texas Historical Marker program helps bring attention to community treasures and the importance of their preservation,” said Mark Wolfe, executive director of the THC.  “Awareness and education are among the best ways to guarantee the preservation of our state’s history.  This designation is a tool that will increase public awareness of important cultural resources,” Wolfe said.
Gregorio Cortez Lira (June 22, 1875 - February 28, 1916) for historical information go to
Handbook of Texas Online, Cynthia E. Orozco, "Cortez Lira, Gregorio," accessed July 23, 2016, http://www.tshaonline.org/handbook/online/articles/fco94.  Uploaded on June 12, 2010. Published by the Texas State Historical Association.

Posted by Angela Valenzuela at 4:09 PM