Overlooked No More: Jovita Idár, Who Promoted Rights of Mexican-Americans and Women by Jennifer Medina NYTimes

Yes, the truly overlooked Jovita Idár from Laredo, Texas, was a fierce advocate for women's suffrage as early as 1911. Though we take this for granted today, that is, that women have as much of a right to vote as men, it took many decades for this dream to come to fruition. Note: Black men got the right to vote 46 years earlier with the passage of the 13th Amendment on January 31, 1865.

Finally, a hundred years ago on August 18, 1920, the 19th Amendment was ratified, extending the franchise together with the rights and responsibilities of citizenship to women.

Idár hasn't yet been interpreted as a precursor to the Ethnic Studies Movement, but the record suggests that she was a pioneer here, as well. Her belief in the "cultural redemption of la raza," could easily translate either to enhancing children's self esteem or positive social identity; and her expressed desire for children on both sides of the U.S.-Mexico border might today fall into the somewhat to the notion of "subtractive cultural assimilation," that I advance in my own work.

You can read more about her at the TSHA Online Handbook of Texas website.

Altogether, she was ahead of her times and we owe a great debt of gratitude to one of our ancestral, feminist sheroes. Thanks, as well, to Jennifer Medina for her outstanding contribution to our history in the New York Times.

Overlooked No More: Jovita Idár, Who Promoted Rights of Mexican-Americans and Women

As a teacher, writer, editor and activist, Idár preserved Mexican culture in South Texas and encouraged women to pursue an education and push for equal rights. 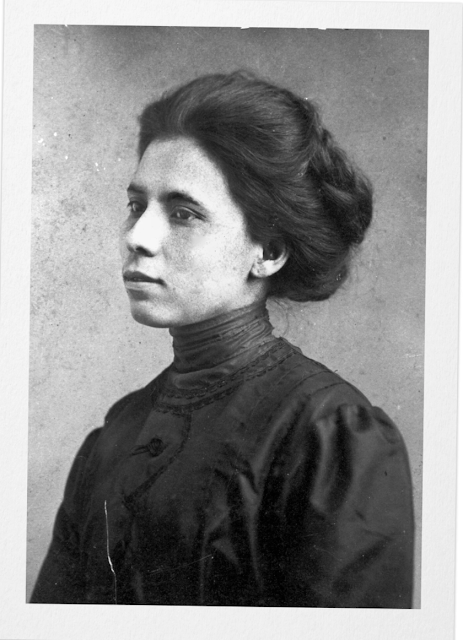 Jovita Idár around 1905. She formed her view of justice as a child and spent her life fighting for the rights of her community.Credit...General Photograph Collection/UTSA Libraries Special Collections

This article is part of Overlooked, a series of obituaries about remarkable people whose deaths, beginning in 1851, went unreported in The Times. This latest installment is one of many ways The New York Times is examining the centennial of the 19th Amendment.

When the Texas Rangers showed up outside the office of the newspaper El Progreso in 1914 with the intent of shutting it down, Jovita Idár, a writer and editor, was waiting at the front door to block them from entering. And she was not about to back down.

The officers, who by then had gained a reputation for their violence against Mexicans, were furious over an editorial that criticized President Woodrow Wilson’s order to send military troops to the Texas-Mexico border amid the Mexican Revolution. Idár argued that silencing the newspaper would violate its constitutional right to freedom of the press under the First Amendment.

The Rangers eventually turned back. But the next day, when Idár was gone, they returned to ransack the office, smashing and destroying the printing presses.

Their actions would not stop Idár from writing about her view of justice, one that she had formulated from childhood.

Jovita Idár was born on Sept. 7, 1885, in Laredo, Texas, a city on the Mexican border. She was the second of eight children of Jovita and Nicasio Idár; her father, an activist, worked as an editor and publisher of a local Spanish newspaper, La Crónica.

To mark the anniversary of the 19th Amendment, we’re revisiting the stories of how women won the right to vote in the United States.

Laws of the Jim Crow era enforcing racial segregation also limited the rights of Mexican-Americans in South Texas (they are often referred to by scholars today as “Juan Crow” laws). Signs saying “No Negroes, Mexicans or dogs allowed” were common in restaurants and stores. Law enforcement officers frequently intimidated or abused Mexican-American residents, and the schools they were sent to were underfunded and often inadequate. Speaking Spanish in public was discouraged.

As a daughter of relative privilege, Idár had access to the kind of education she dreamed of for others. Educated in Methodist schools, she received a teaching certificate from the Laredo Seminary and went on to teach young children in Los Ojuelos, a town in southeast Texas. She quickly became appalled by school conditions, including run-down buildings and a dearth of books.

She decided she could have more impact by focusing on activism and writing, joining her brothers and father at La Crónica. And after she learned of lynchings of Mexican-American men, her commitment to the civil rights struggle only deepened.

Idár believed in a kind of cultural redemption of la raza, a term widely used to refer to Mexicans and other Latinos. She believed that the poor living on both sides of the border could be uplifted by education and empowerment.

“She was ahead of her time, fighting against the erasure of their history” as well as “celebrating that nobody should feel threatened by the power of women,” Gabriela González, an associate professor of history at the University of Texas at San Antonio who is working on a biography of Idár, said in a phone interview. 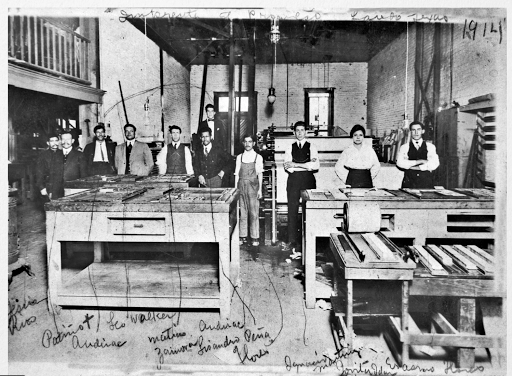 Idár in 1914 with colleagues in the print shop of the newspaper El Progreso in Laredo, Texas. She followed in her father’s footsteps as a journalist and activist.Credit...General Photograph Collection/UTSA Libraries Special Collections

Taking a transnational approach, La Crónica reported extensively on the borderlands and on the Mexican Revolution, with a particular focus on those Mexican-Americans, known as Tejanos, who had been living in Texas before the modern border with the United States was established in the 1820s.

“Through their newspaper, the Idár family sounded off against separatist and inferior housing and schools, the abysmal conditions faced by Tejano workers that took on the visage of peonage and the gross violations of Tejano civil rights,” the historian Zaragosa Vargas wrote in “Crucible of Struggle: A History of Mexican Americans from Colonial Times to the Present Era” (2011).

Frequently taking on pen names — among them Astraea, the name of the Greek goddess of justice, and Ave Negra, Spanish for black bird — Idár also wrote about equal rights for women and regularly urged women to educate themselves and seek independence from men.

She defined the modern woman as someone with “broad horizons.”

“Science, industry, the workshop and even the home demand her best aptitudes, her perseverance and consistency in work, and her influence and assistance for all that is progress and advancement for humanity,” she wrote, according to “Texas Women: Their Histories, Their Lives” (2015).

And she made the argument that educating women would improve society as a whole: “Educate a woman, and you educate a family,” she would often exhort.

To mark the anniversary of the 19th Amendment, we’re revisiting the stories of how women won the right to vote in the United States.

In 1911, she joined the First Mexican Congress in Laredo to organize Mexican-American activists. She then started Liga Femenil Mexicanista, or the League of Mexican Women.

That same year California granted women the right to vote, and Idár urged women in Texas to “proudly raise your chins and face the fight.”

“Much has been said and written against the feminist movement,” she wrote in La Crónica, “but despite the opposition, women in California can vote on a jury and hold public offices.”

In addition to becoming the first president of the Liga, she oversaw its effort to identify and educate poor children, urging schools to teach both Spanish as well as English.

The language is “increasingly forgotten, and each day it suffers adulterations and changes that materially hurt the ear of any Mexican as little versed as he might be in the language of Cervantes,” she wrote.

Idár also decried ignorance of Mexico’s national heroes and Mexican-American history as a whole. “If in the American school our children attend, they are taught the biography of Washington and not the one of Hidalgo, and if instead of the glorious deeds of Juárez they are referred to the exploits of Lincoln,” she wrote, “as much as these are noble and just, that child will not know the glories of his nation, he will not love her, and he might even see his parents’ countrymen with indifference.” 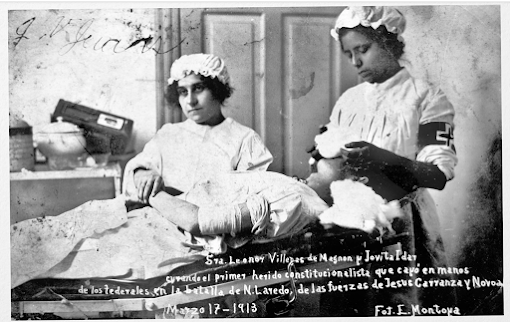 Idár, right, in around 1914, treating someone who had been wounded in battle during the Mexican Revolution. With her was the activist Leonor Villegas de Magnon. Idár worked for a time with  La Cruz Blanca, a medical aid group.Credit...General Photograph Collection/UTSA Libraries Special Collections

By 1913, during the battle of Nuevo Laredo in the Mexican Revolution, Idár had left Laredo to cross the border. She worked with La Cruz Blanca, a medical aid group similar to the Red Cross, as a nurse for the army. She later returned to Laredo and began working for El Progreso.

After marrying Bartolo Juárez in 1917, she moved to San Antonio, where the couple established the local Democratic Club and she worked as a precinct judge for the party. She established a free kindergarten, worked at a hospital as an interpreter for Spanish-speaking patients and taught infant care courses for women, all while editing El Heraldo Christiano, a Methodist Church newspaper.

Idár died of a pulmonary hemorrhage and advanced tuberculosis on June 15, 1946. She was 60.

Posted by Angela Valenzuela at 5:15 PM