This article is disturbing on multiple levels. I'm posting the accompanied image from the original article so that the way our media constructs our children is transparent.

Rather than ignoring the linguistic wealth that bilingual learners who this article refers to as "disadvantaged" and "at-risk" perhaps Texas can lead the nation in constructing learning environments that invest in bilingualism and biliteracy and hold these competencies as valuable. Who out there would disagree that global leaders are those who speak more than one language and are are equipped to communicate effectively across different contexts and cultures?

If emerging bilingual students were seen in this light, perhaps statements like "the cost of educating at-risk students" made here by Rep. Eissler would be replaced by "investing in building upon and strengthening the competencies that our growing student body enter school with."

What's also missing on the list of needs are well prepared teachers. Ideally those who value the assets (like a second language) that growing numbers of students in Texas and nationally enter school with. Perhaps those who are bilingual, bicultural, and who themselves experience the benefits that these assets provide. These competencies provide an edge that seems pretty obvious to many middle class, monolingual families who spend thousands to send their children abroad to learn.

Fear perpetuates poor decision making and fragments communities. Let's hope the outcomes of the upcoming study will provide these kinds of arguments, too.

Almost six out of 10 Texas public schoolchildren hail from low-income families, marking a troubling spike in poverty over the last decade, a new state report finds. 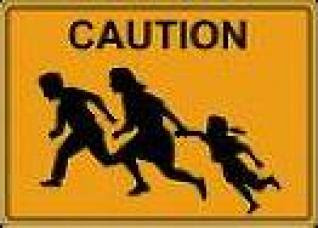 The increase coincides with a significant jump in the number of Hispanic students, while fewer Anglo students were enrolled last year than 10 years ago, according to the study by the Texas Education Agency. Schools also are educating many more children whose primary language is not English.

The rapidly changing makeup of the Texas public school classroom poses growing challenges for the state. Impoverished and disadvantaged children are more likely to falter academically and drop out, and educating struggling students can be costly.

“Economically disadvantaged students have needs,” said Sarah Winkler, the president of the Texas Association of School Boards and an Alief school board trustee. “The cost of education is going to go up. Every student has to meet the same standards, and some of those students have never seen a book before.”

To help at-risk students, Winkler said, school districts should focus their resources on preschool programs to try to close the learning gap early, on parent education, on extra tutoring and on smaller class sizes, among other things.

The state's school funding system is set up to pay districts more for their impoverished students, but some believe the extra dollars are not enough.

This year, the price tag is $2.8 billion, according to the TEA. Districts also get additional federal funds.

A special legislative committee is supposed to study school funding before state lawmakers reconvene in 2011, and Rep. Rob Eissler, chairman of the House Public Education Committee, said he expects discussion on the cost of educating at-risk students.

“You have more and more kids that are less prepared to do well in school,” said Eissler, R-The Woodlands. “Where the expense comes in, you need teachers that have more qualifications. Maybe we need more and better professional development for our teachers.”

Texas has seen one of the biggest enrollment booms in the nation, growing 20 percent over the decade to 4.7 million students last school year, according to the TEA report. Enrollment in all U.S. public schools increased 8.1 percent.

“I guess that's because our economy has held up better than other parts of the country, and people are migrating here,” Winkler said. “That's a plus.”

The vast majority of the new students in Texas come from low-income families. Last year, poor children made up nearly 57 percent of the state's enrollment, up from 48 percent in the 1998-99 academic year. Many Houston-area school districts serve even larger percentages of impoverished children.

The report counted children as poor if they qualified for free- or reduced-priced school lunches. A family of four, for example, would meet the criteria with an annual income of $40,793.

Steve Murdock, the former state demographer and previous director of the U.S Census Bureau, has projected that the average household income in Texas will drop in coming decades, pouring even more disadvantaged students into the schools.

“It's going to require a greater effort on the part of the state to make those children competitive,” said Murdock, a sociology professor at Rice University.

The racial and ethnic mix of the state's public schools also has changed dramatically in 10 years. Enrollment increased except for Anglos and blacks. The number of Hispanic students surpassed Anglos for the first time in the 2001-02 school year.