This interview with former Stanford President Gerhard Casper brings back memories of the contentious 80s at Stanford over the Western Civilization curriculum.  Note: I was there from 1983-1990 as a doctoral student in Sociology.

Here is an interesting overview of this debate and the hugely important context within which it occurred by PBS <http://www.pbs.org/shattering/lindenberger.html>.

Although Donald Kennedy was the president during this time period, the consequences were particularly felt during the Casper administration.  When I think of how horribly this administration was to our legendary and heroic leaders at Stanford—the late Tony and  Cecilia Burciaga﻿—were treated, this memory is a very painful one for so many of us.

Among other things, this interview with former President Casper shows exactly how liberal individualism can align to reactionary politics and agendas.  This whole debate of course set off a firestorm of reaction from which we have largely not recovered, in my view.  Whole language instruction virtually died and phonics-based instruction came in with a ferocity.

Although high-stakes testing was slowly evolving in Texas and nationally during this same time period,  it is safe to say that this was welcomed by the right because of the ways that the system structured out the deeper kinds of conversations, themes and issues that the multiculturalism movement was, and has been, about.

Fortunately, here in Texas, our historians like Dr. Emilio Zamora, Keith Erekson and others are weighing in on the high school social studies standards at the State Board of Education level and making the basic argument that without this knowledge of subaltern histories—a systemic absence of which the Western Civ debate at Stanford was impactful—students are neither well-prepared for college, nor for life in an increasingly globalized world.  The different contributors to the Erekson anthology


collectively not only present the intricacies of the debate, they also provide an anatomy of the ideological strands that unmask many of the hidden beliefs, ideologies, and interests that advocate for a highly conservative status quo.

All told, things are a changing nevertheless here in Texas.

About to publish a memoir, Gerhard Casper discusses current issues with an eye on the rearview mirror. 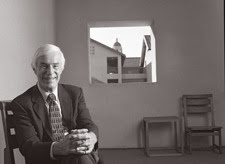 Photo: Steve Gladfelter
View photo album >>
Former Stanford president Gerhard Casper is a senior fellow at the Freeman Spogli Institute and a professor of law and, by courtesy, political science. His book The Winds of Freedom: Addressing Challenges to the University, to be published by Yale University Press in February, comprises selected speeches he made about contentious issues during his presidency (1992 to 2000) accompanied by his current thoughts on their context. Stanford recently interviewed Casper (an abridged transcript is in the print magazine); an excerpt from the book follows.
Posted by Angela Valenzuela at 11:08 AM