Reflections of an Octogenarian: Educational Reform, or Stop Me if You've Heard This One Before

Good historical retrospective on educational reform and how bad we are as a country about not remembering those things in our educational histories that have actually worked well and not-so-well.  Instead of learning from this experience, education seems to always get "re-made" as a response to shifting political winds.

All I would add to this analysis is that even at its worst, there has always been a class of children that has systematically reaped the rewards of this system, as well.  As nonsensical as they may appear to us now, this is what has helped sustain these reform efforts across time.  In policy, we've always said, "Once the middle class is unduly impacted (which is what happens in policy once there's over-reach), that's when things are going to begin to change.

At least in Texas, we appear to be in that moment now.  The only significant concern is whether educational reforms—like fair and equitable school funding, an informational (rather than punishing) accountability system, project-based, authentic assessment and the like—can outpace the privatization policy making agenda in our state this next legislative session that begins in January in time for public education to save its soul—whatever is left of it—that is, after so many years of shaming and blaming our schools and teachers under this neoliberal model of Texas-style accountability.

On a positive note, since Texas is ground zero for high-stakes accountability, any positive changes we make here in this regard bode well for the rest of the country.  After all, the system we have in place is a bipartisan bad idea.  Rather than bailing out of this system and not be accountable at all (which is what some districts would be perfectly fine with), we need to craft thoughtful alternatives with respect to both assessment and accountability—which are overlapping, yet conceptually distinct aspects of the whole.  And yes, this does mean reaching backwards into our educational roots—not only as schools and districts, but also as parents and communities exercising greater voice and control in public education.  As a civil rights community, we need to reacquaint ourselves with our enduring legal and legislative struggles for quality, inclusion, and equity in education.  We need to embrace and give fresh meaning to the Deweyan ideal of classrooms as laboratories for democracy. 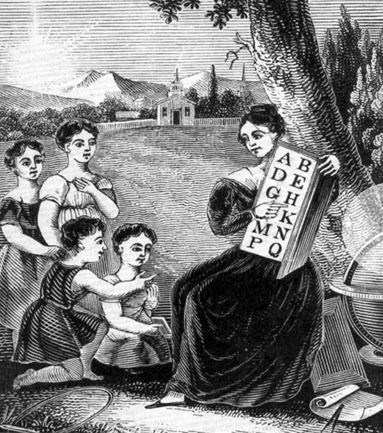 Gore Vidal once referred to the U.S.A. as "The United States of Amnesia." In no area of human endeavor is forgetfulness more the norm than it is in education.

It's a notion I have not taken to gracefully. My current mantra is, "Been there, seen it, done it;" followed by the old saw that insanity is doing the same thing but expecting different results. A function of old age, congenital contrariness, and just plain weariness, it's what comes of former educational reformers. They don't go quietly into the dark night but go down yelling loudly right to the very end.

Bitterly complaining about the quality of American education is part of our history. When I first became a teacher in the 1950s, it was James Conant, former President of Harvard, and Admiral Rickover, father of the atomic submarine. In 1957, came the political outcry in reaction to fears of Russian global ascendancy with the launching of Sputnik -- attributing America's failure to be number one in space to lack of rigor in our schools.

Over a half century later, President Obama revived that specter, recalling how Sputnik provoked the United States to increase investment in math and science education and helped America win the space race. He warned that with billions of people in India and China having been "suddenly plugged into the world economy," only those nations with the most educated workers would prevail," and how, "America is in danger of falling behind." Here we go again -- more fire-bells ringing in the mid of night.

Back to the 1960s and the Great Society -- a time when federal efforts in education ramped up significantly in the form of assistance to schools and colleges seeking to eliminate racial segregation, developing new strategies for educating disadvantaged children and in broadening access to higher education for previously neglected youths. Many programs failed; a few succeeded. Lessons from these efforts provide instructive experiences that can guide future efforts in educational reform. But for the most part they have been ignored.

The late '60s and '70s featured a blossoming of educational reform and a progressive vision. Programs of compensatory education were joined with the free school and alternative education movements. Most of these efforts, however, were not taken seriously and were prematurely aborted -- succeeded by a wave of counter-reaction. They have also been banished from recent memory.
The 1980s were driven by A Nation at Risk, a report chronicling the latest "crisis," citing abysmally low basic skill scores, low basic comprehension rates, and high drop-out rates, recommending more rigorous standards, the standardization of curricula, and a program of National testing... Sound familiar?

In keeping with its recommendations, by the mid-1980s, 45 states had gotten with the program, expanding their testing programs, instituting more strenuous graduation requirements, cutting frills, and returning to basics (as if they had ever left them in the first place). In the end, however, it all proved so much sound and fury... signifying nothing. Research revealed that this highly orchestrated and costly effort had not the slightest effect on student learning and comprehension. Even when legislated merit pay systems were added to the mix, little of this trickled down to the classroom. None of it ever enhanced the students' ability to learn.

Shouldn't this historical backdrop have been at least noted amid the current hue and cry for more rigorous standards and high-stake testing procedures? If not, the current effort must be judged to be more about public relations and politics than serious educational thought, in which case, damn the torpedoes (and the history) and full speed ahead!

Many eons ago, I taught plane geometry. I took special pleasure in its leitmotif which was both simple and elegant. The subject matter started with a few simple axioms which students could then use to prove a series of theorems. The neat thing about the process was that after you had proven a particular theorem, there was no need to reprove it. You could simply cite it in proving subsequent theorems with which you were confronted. And so the subject matter built, brick by brick, theorem by theorem -- a glorious superstructure of thought unfolding before your very eyes.

There is no such historical consciousness in American education. We go through a variety of experiences, bad and good, yet learn nothing from them. We invent terrific programs but go on to forget we had ever done so. Can you detect a trace of not only bitterness but also sadness in my voice, as one who led such efforts?

There is no reason that any profession should ignore its past and spend its current energy reinventing everything it knows. Imagine if medical research, seeking to create new and effective vaccines, ignored past failures and successes to do so. That would be totally unacceptable. Yet in education such insanity is an ingrained and acceptable pattern.

Meanwhile, articles appear regularly in our press, celebrating new approaches, often billed as "revolutionary." In reality, however, they are only shadow replicas of what has been done before. They are characterized by a remarkable failure of attribution; and by promoting their novelty and exaggerating their potential impact, lull readers into a false sense of complacency and a congratulatory attitude that we are at last on the right track, perpetuating the myth that society really cares about such matters while fostering the illusion that the culture is truly thinking outside the box.
Does anyone out there remember Title III? Title I, yes: additional funding for schools serving poor kids; Title IX, yes: gender equity in schools, and its impact on women's athletics. But Title III?

There has never been a dearth of good ideas, good people, and good programs. There has only been a failure of will -- to act on what is already known. "Been there, seen it, done it."
What were those lessons? Stay tuned. Is anyone there?

Larry Paros is a former high school math and social studies teacher. He was at the forefront of educational reform in the 1960s and 70s, during which time he directed a unique project for talented underprivileged students at Yale and created and directed two urban experimental schools, cited by the U.S. Office of Education as "exemplary" which were later replicated at more than 125 sites nationwide.

More Paros on Education@
walkrightinthemovie.com
Classroom Version of "Walk Right In"
UW Interview on Film
facebook.com/walkrightin
insomanywords.net
Posted by Angela Valenzuela at 7:42 AM