We here in Austin need to re-double our efforts in our struggle for economic justice.  Not that this isn't already a major issue, but rather that elitist agendas and politics, by inference, are further unmasked, making it harder for the 1% to rationalize these savage inequalities.

All of our institutions need to exercise a stronger role in addressing them.

Florida and Mellander created an index of economic segregation that takes into account how we're divided across metro areas by income, but also by occupation and education, two other pillars of what we often think of as socioeconomic status. Among the largest metros in the country, Austin ranks as the place where wealthy, college-educated professionals and less-educated, blue-collar workers are least likely to share the same neighborhoods: 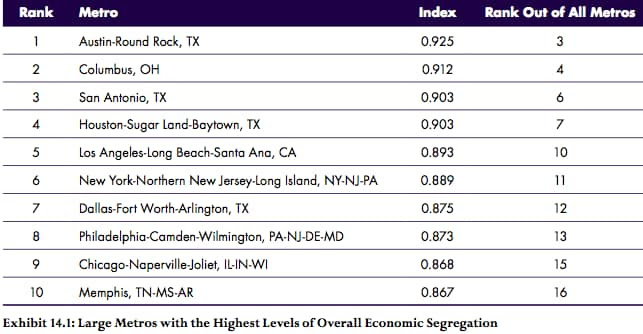 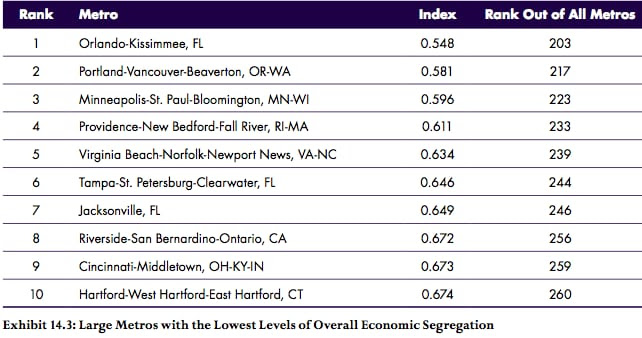 Florida and Mellander
Before calculating their combined index, Florida and Mellander also looked at separate measures of segregation by income, education and occupation, and an interesting pattern arises across all three. Within a given region, such as Washington, we can think about income segregation, for example, in at least two ways: To what degree are the wealthy isolated from everyone else? Or to what degree are the poor concentrated in just a few parts of town? The wealthy can be highly segregated in a metro area (occupying just a few neighborhoods), even while the poor are pretty evenly dispersed (with low segregation).
The interesting pattern: By income, the wealthy (households making more than $200,000 a year) are more segregated than the poor (families living under the federal poverty line). By education, people with college degrees are more segregated than people with less than a high school diploma. By occupation, the group that Florida has coined the "creative class" is more segregated than the working class.
[Mapped: How the ‘creative class’ is dividing U.S. cities]
The problem of economic segregation, in other words, isn't simply about poor people pushed into already-poor neighborhoods — it's even more so about the well-off choosing to live in places where everyone else is well-off, too. In fact, of all the different forms of segregation that Mellander and Florida examined, the segregation of the wealthy was the most severe. As they write:


While there have always been affluent neighborhoods, gated enclaves, and fabled bastions of wealth like Newport, East Hampton, Palm Beach, Beverly Hills, and Grosse Pointe, the people who cut the lawns, cooked and served the meals, and fixed the plumbing in their big houses used to live nearby—close enough to vote for the same councilors, judges, aldermen, and members of the board of education. That is less and less the case today.

And in their data, these patterns were particularly strong in the largest metros. The larger and more densely populated a metro area, they found, the greater the economic segregation there: 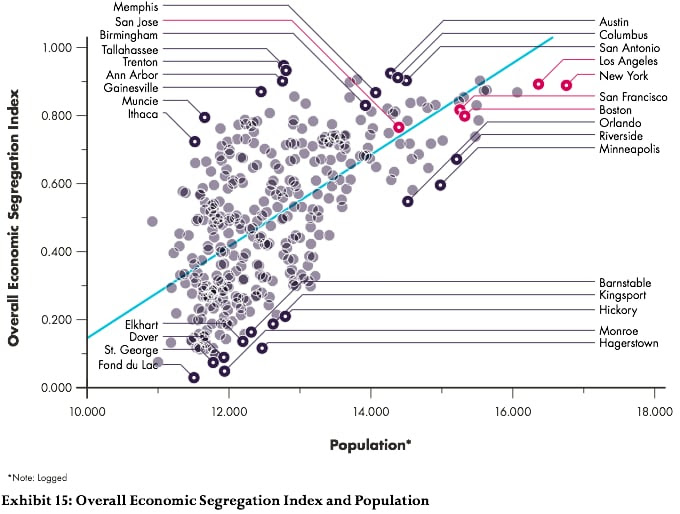 Florida and Mellander
New York, San Francisco and Boston may attract diverse populations: people working in high tech and low-wage retail, workers with master's degrees and GEDs, parents pulling in six figures and minimum wages. But in these cities, mounting evidence suggests those people aren't living anywhere near each other. Which is to say that they may be experiencing the very same city in very different ways.
Related:
What happens when housing for the poor is remodeled as luxury studios 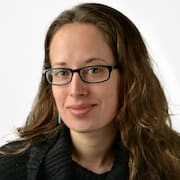 Emily Badger is a reporter for Wonkblog covering urban policy. She was previously a staff writer at The Atlantic Cities.
Posted by Angela Valenzuela at 2:37 PM