Another Five Lessons for Democrats to Defeat Trump in 2020 (OPINION)

Like Dr. Alvaro Huerta, I am personally very concerned about the 2020 Presidential election and how the importance of the African American and Latina/o vote needs to be taken seriously into account.  Our communities should not get treated as an afterthought but rather dealt with centrally.  From that standpoint, I do agree with Dr. Huerta that the most valid contenders are Warren, Sanders, and Biden.  These, in comparison to the rest, would excite these combined electorates.

My hope is, of course, that whoever the candidate ultimately is, that we all rally behind that candidate in order to get Trump out of office.

Another Five Lessons for Democrats to Defeat Trump in 2020 (OPINION) 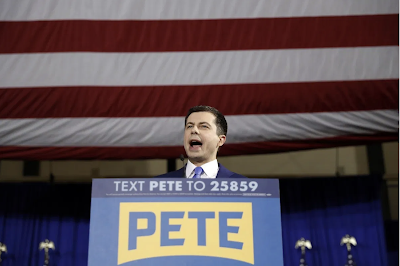 As part of my last two essays on how Democrats can beat President Trump (here and here) I’ve added another five lessons. As a registered Independent (as noted in my last essay), I’ve consistently been critical (to the present) of Democrats and Republicans in the areas of race, class, place, immigration, etc. My most recent book on defending Latina/o immigrants shares more reasons why. Also, since I’m offering these perils of wisdom to the Democrats on a pro bono basis, don’t blow it, Democrats!

Without the majority support and enthusiasm of African American and Latina/o voters, the ultimate Democratic candidate to take on Trump will lose. Let’s not get confused or bothered by the recent Iowa caucus fiasco or the New Hampshire primary. These primarily white states, where Iowa is 91% white and New Hampshire is 93% white, will not determine who wins the White House given the importance of more diverse states with large populations of African Americans, Latinas/os, Asian & Pacific Islanders and others. At 94% white, a state like Vermont might as well be next to make sure that we secure the whitest possible candidate. For Democratic leaders and voters, this should be part of the criteria to defeat Trump, mimicking former President Barack Obama’s diverse coalition.
That said, given that Pete Buttigieg, Amy Klobuchar, Michael Bloomberg and Tom Steyer don’t have a strong record with African Americans and Latinas/os, they should all drop out now. That includes Tulsi Gabbard and Deval Patrick. Not sure why Gabbard and Patrick are still in the race since they’re polling in the subzero range?
What makes Buttigieg think that he can fix this country’s structural racial problem if he couldn’t get the job done at the local level? In terms of Bloomberg, he’ll never secure the majority support of African Americans and Latinas/os due to his racist stop-and-frisk policy. A convenient and self-serving apology won’t help. This also explains why Kamala Harris never had a chance, given her background as a prosecutor with America’s incarceration problem related to African American and Latinas/os.

From 11 Candidates to Three

As of early February, 2020, there should really only be three candidates left: former Joe Biden, Senator Bernie Sanders and Elizabeth Warren. I’m not implying here that these candidates have strong records in terms of race or racial justice issues. For example, while Biden was part of Obama’s Deporter-in-Chief campaign, Sanders and Warren focus too much on class issues. While class is very important, so is race.
Given the importance of the 2020 president election, we can’t have too many Democratic candidates at this stage when Trump doesn’t have to deal with internal competition. In short, while the existing Democratic candidates compete against each other for individual donations and voters, Trump has the field all to himself.
This is a recipe for disaster for Democrats.

Stop With the Cannibalism

By attacking each other during primary debates and on the campaign trail, Democrats are only increasing Trump’s chances to get re-elected. While I believe in debate and differences of opinion, this is not the time to engage in WWE takedowns, where the ultimate Democratic candidate will be hobbled going against Trump. Why give Trump more ammunition? This makes no sense to me. Given that Trump has solidified his white nationalism base and agenda, like any tyrannical leader in world history, he’s consistently espousing and implementing his Draconian agenda with limited or obstacles. With the help of the GOP-led Senate, Senate Majority Leader Mitch McConnell and his racist base, Trump can actually “stand in the middle of Fight Avenue and shoot somebody” without political repercussions. If this were to occur, I wonder if Attorney General William Barr will just look the other way, like a good subordinate in the mafia?

Money Does Matter in Elections

If billionaires like Bloomberg and Steyer want to help the country (and the world), they should invest their billions in helping defeat Trump through donations to the ultimate Democratic candidates, direct ads against Trump and other legal avenues. This includes recruiting other billionaires and millionaires to pitch in. While the existing Democratic candidates are dividing the American donation pie among each other, Trump is raking in millions of dollars solely for himself and his white nationalist agenda. This includes the RNC, which, like the GOP-dominated Senate, is beholden to Trump. With millions of dollars at his disposal, Trump will continue to hold his white nationalist rallies and buy ads on television, radio and social media to secure his re-election.
This is another recipe for disaster for Democrats.

In order for Democrats to win the White House in 2020, they must immediately unify around one candidate (with a strong VP candidate from a diverse background) and advance an agenda based on progressive values. This includes access to health care for all Americans residents/citizens, affordable housing, good-paying jobs and opportunity to pursue higher education without getting into massive debt. This also includes no brown kids in cages! While there are more issues, Democrats should keep the message clear and simple for all open-minded voters to understand.
In short, the ultimate Democratic candidate (and VP candidate) must speak in a
language that most voters understand, energizing millions of Americans (state-by-
state) to get to the ballot box on Tuesday, November 3.
***
Dr. Alvaro Huerta holds a joint faculty appointment in Urban & Regional Planning and Ethnic & Women’s Studies at California State Polytechnic University, Pomona. Among other publications, he’s the author of Defending Latina/o Immigrant Communities: The Xenophobic Era of Trump and Beyond. He holds a Ph.D. (city and regional planning) from UC Berkeley. He also holds an M.A. (urban planning) and a B.A. (history) from UCLA.
Posted by Angela Valenzuela at 8:28 AM