Dr. Emma Bribiescas Mancha-Sumners, with whom I work closely, has been enduring the anguishing death of her niece, London Sophia Bribiescas.  She is pleading that we all support red flag laws as these may have saved her niece's life—together with that of her mother and sister, too. 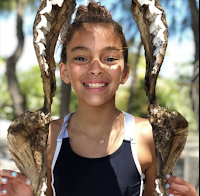 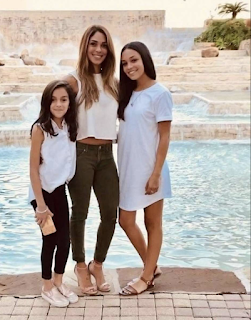 My niece, London Sophia Bribiescas, was brutally murdered Jan. 10, 2019, in Boerne. She was 10 years old. Her sister, Alexa, and mother, Nichol, also died with her that night in what the media has coined as the “Anaqua Springs Murders.”
The investigation into what happened that night is still open, and because there are so many unknowns, our family hasn’t said much publicly about the case until now.
Over the last year, several people have shared their concerns about the family dynamics, the number of guns and the handling of these guns in that home before that night.
But despite their desire to help, no laws were blatantly being broken. And especially in an affluent neighborhood like Anaqua Springs, the chances of police knocking on that front door, without something concrete to lean on, were pretty slim. Despite so many people seeing the same red flags, they felt powerless to speak up about what they saw. Even after what happened, they weren’t sure how to articulate their concerns.
So despite everything we still don’t know about the case, we do know one thing: The gun that killed London, Alexa and Nichol did not belong in that home, regardless of who pulled the trigger. We don’t need to wait for the investigation to close to know this. That gun in that home was essentially a ticking time bomb. 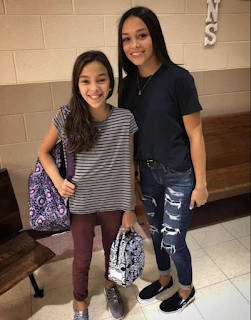 Our family has our share of responsible gun owners. We have no interest in infringing on our own Second Amendment rights or the rights of other responsible gun owners. But when one or more factors — such as a history of violence, domestic abuse, certain mental illnesses or risk of suicide — are present, the parties involved are no longer responsible gun owners. Anyone who says otherwise also is not a responsible gun owner.
So-called red flag laws prevent individuals with these types of histories from obtaining guns or having guns in their possession during periods of crisis, and the existing research on these laws is pretty conclusive. These laws are effective in reducing the risk posed by this small percentage of gun owners.
Would a gun have found a way into that home at some point if red flag laws were in place? Possibly. If someone wants to break a law, they generally find a way.
But would the implementation of red flag laws allowed others to report their concerns to the police, with at least some certainty of an intervention? Every single person who has spoken up about their concerns has said “yes.” And if even one of those people is telling the truth, then London, Alexa and Nichol might be alive today.
This is National Gun Violence Survivors Week. London’s birthday is Tuesday, so this is the same week we would have likely spent finalizing the details of her 12th birthday party — her last birthday before becoming a teenager.
We’re often told people are praying for us, and that is appreciated. But we ask that you, please, even if just this week, relay your messages to Congress, to your representatives’ voicemails and inboxes. Then, if you find it in your heart to think of us again, we ask that you reach out to groups like Moms Demand Action and Texas Gun Sense, who know when these decisions are being made at the state and federal levels, and can help guide your messages to the right people at the right time.
Some of these groups have different ideas about what gun control should look like, but just about everyone agrees that red flag laws are a good idea. Check out several of them and find the best fit for you.
We ask you keep our family in mind when you vote and advocate for political candidates. The decisions they make are too often influenced by lobbies, deep pockets and their own chances at re-election. We alone don’t have the ability to influence them this way. All we have are the ashes of a murdered little girl and a family who will never fully recover from this loss. We need your help to keep this from happening to someone else.
Please contact your representatives and tell them we need red flag laws in place as soon as possible, and do so as often and in as many ways as you possibly can. It’s the one birthday gift any of us can still give London.
And we would be terribly grateful.


Emma Bribiescas Mancha-Sumners is a researcher and fellow at the University of Texas at Austin, and London’s paternal aunt.
Posted by Angela Valenzuela at 5:58 PM