Treat yourselves to this 13-minute video that documents an important story told by the legendary José Ángel Gutiérrez about the Mexican American Civil Rights Movement that involved high school and college youth, student walkouts, and the establishment of a third national party, the Raza Unida Party (RUP), founded in the early 1970s. 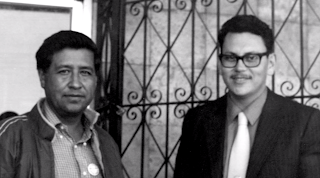 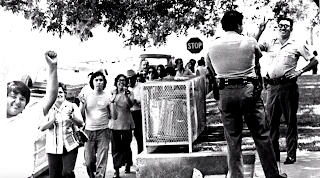 It shows how powerful showing up and standing up to injustice can be. The story covered in the video below is about how José Ángel Gutiérrez', in his own words, evolved into an activist and civil rights leader. Among so many other contributions, Gutiérrez helped found the Mexican American Youth Organization (MAYO) that stood up to the violent and shameless Texas Rangers—as covered recently in this blog (for example, see earlier post). It is thusly a history of student organizing and empowerment for the generation that founded the RUP. We owe much to this generation.
-Angela Valenzuela

Posted by Angela Valenzuela at 7:53 AM