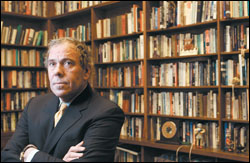 In a new study that has already raised some hackles, a noted expert on teacher education paints the field as a troubled one in which a majority of aspiring teachers are educated in low-quality programs that do not sufficiently prepare them for the classroom.

In his 140-page report, which includes surveys of alumni, school principals, and deans of teacher-training institutions, as well as case studies of 28 programs that cover the wide spectrum of teacher education, Arthur E. Levine, the former president of Teachers College, Columbia University, describes such programs as “unruly and chaotic” Wild West towns that lack a standard approach to preparing teachers.

Universities that produce a majority of teacher graduates have lower admission standards, professors with lesser credentials, and fewer resources, and they produce graduates who are less effective in the classroom, the report asserts.

Further, the debate over whether teaching is a profession or a craft has left programs unsure about whether they should become professional schools or remain grounded in the academic world of arts and sciences.

Pointing to the proliferation of alternative teacher-preparation programs, the report warns: “There is a real danger that if we do not clean our own house, America’s university-based teacher education programs will disappear.”

Even before its official release date of Sept. 18, the report had stirred up opposition among those responsible for policing quality in teacher education with a recommendation to improve quality control through a complete redesign of the system used to accredit teacher programs.

The National Council for Accreditation of Teacher Education, a Washington-based group that accredits more than half the 1,200 programs in the nation, called the report “contradictory.”

Arthur E. Wise, its president, also criticized the report’s methodology and the fact that it has not been peer-reviewed. “Many of the major points in the report are supported by anecdotes,” he said. “In a scholarly work based on fieldwork, one would expect to see richer connections drawn between the conclusions in the report and actual data that was gathered.”

Mr. Levine, who is now the president of the Woodrow Wilson National Fellowship Foundation in Princeton, N.J., dismissed the criticism, saying the report drew no conclusions that did not flow from findings. Putting the report together was a lengthy and detailed process that took more than two years, he said, and included several surveys as well as the case studies, for which academics and retired or freelance education journalists conducted site visits at each school.

Mr. Levine said he used the journalists because he wanted someone who could ask hard questions and because a report based entirely on the findings of educators could appear biased. Alvin Sanoff, a former U.S. News & World Report assistant managing editor who worked on the magazine’s annual college-rankings project, served as project manager for Mr. Levine’s study.

‘Exemplary’ Programs
The report is the second in a series of four Mr. Levine is preparing on the schools of education, where the majority of school leaders, teachers, and scholars are educated. His last report was a damning assessment of the programs that prepare most of the nation’s superintendents and principals. ("Study Blasts Leadership Preparation," March 16, 2005.)
Remaking Teacher Education

The report highlights four programs as “exemplary” and worthy of emulation by others—models that he says have embraced practice and practitioners, and have received the support of their universities. A quarter of the sites visited could be described as strong.

One of the exemplary programs is at Alverno College, a baccalaureate general college in Milwaukee and an open-admissions school, where entering students often come unprepared.

While the college requires entrants to the teacher school to pass tests, including the Praxis I, the faculty and staff are willing to work with highly motivated students who fail the exams the first time round. Although small, the college is one of the five top feeder institutions for the Milwaukee public schools, and its graduates are highly rated by principals. Five years after graduation, 85 percent of graduates are still teaching.

Others cited by the report as exemplary are Emporia State University in Kansas, the University of Virginia in Charlottesville, and Stanford University.

“Individually and collectively, [these programs] show how high the quality of teacher education can be,” the report says. “Their programs reflect the needs of today’s schools and students; and they tie the success of their programs to student learning. … They integrate and give appropriate balance to academic and clinical education.”

“What they say is, any school in the country and any type of institution can create a strong teacher education program,” Mr. Levine said.

But the overall picture he paints is not a cheerful one, of programs that teach outdated curricula and have failed to keep pace with demographics, technology, global competition, and pressures to raise student achievement.

Meanwhile, universities have exacerbated the situation by continuing to treat teacher-preparation programs as “cash cows,” leading them to set low admission and graduation standards for their students, Mr. Levine contends.

Down on NCATE
One of the report’s more controversial elements is its criticism of the low bar set by quality-control mechanisms for schools of education by states and by NCATE. The report does not discuss the only other accrediting body in the nation, the Teacher Education Accreditation Council, saying it is too new and small.

Current quality-control requirements, Mr. Levine says, are procedural rather than substantive. Calling current notions of quality “misplaced and dated,” the report recommends the creation of a new accrediting mechanism, to be named the National Council for the Accreditation of Schools of Education. The report says the most promising approach to redesigning accreditation could be for a neutral party that has worked on teacher education reform to form a blue-ribbon panel for the purpose of redesigning accreditation.

Among the flaws of NCATE, according to the report, is that elite institutions are less likely than others to seek its accreditation, with the result that “teacher education accrediting policy and standards are more likely to reflect the practices of the average or subpar programs rather than the outstanding ones.”

As an example of poor quality-control practices, the report points to an unnamed public university that it says admits and graduates poorly prepared students, has a weak curriculum, and low course quality. Despite those problems, it says, the university has received the nod from both its state and NCATE.

Sharon P. Robinson, the president of the Washington-based American Association of Colleges for Teacher Education, or AACTE, a group that represents about 750 colleges of education and that is a member institution of NCATE, called the recommendation for redesigning accreditation “over the top.”

“NCATE has given every indication that it is capable of reforming and changing and implementing and embracing new ideas and innovation, so I don’t understand the evidence that would put forth such a dramatic recommendation,” she said.
In recent years, for example, the accrediting body has switched to a performance-based system for judging a program’s effectiveness.

Mr. Wise of NCATE said the report, while it criticizes his organization, also affirms the group’s standards and procedures. Moreover, he said, the nine criteria used by the report to evaluate education schools bear a strong resemblance to NCATE standards.

The NCATE president also called Mr. Levine’s criticism of universities that produce a majority of teacher graduates as having low standards and less qualified faculties as “implicit elitism.”

“We might all wish that elite institutions would produce a more significant share of America’s teachers, but given the current economics of higher education and the teaching profession, that has never occurred in the past, nor does it appear likely to happen any time in the foreseeable future,” Mr. Wise said. Teacher education, he added, has not been an important part of the mission of some top-ranked institutions.

The four programs Mr. Levine highlights as being among the best are all NCATE-accredited.

“NCATE is a lot of work, but it has been nothing but a good experience for us,” said Phil Bennett, the interim dean of the Teachers’ College at Emporia State University. NCATE guidelines have helped Emporia State adhere to the highest standards in teacher education, he said. “When you mention standards, [NCATE] is indeed the standard for us.”

Attracting Attention
Both NCATE and AACTE officials acknowledge that Mr. Levine makes some conclusions that are on target.
Mr. Wise applauded some of the report’s recommendations to improve teacher-training programs, including focusing on student achievement and transforming schools from ivory towers into professional schools focused on classroom practice. He said his group has been working assiduously over the past decade to move those goals forward.

“Art [Levine] delved into a number of areas that help us understand why our ambitions have not been realized,” said Ms. Robinson of AACTE. Among other measures, she agrees that teacher education needs to be financed better so it can be restructured as a profession, much like medicine or engineering.

Deborah Loewenberg-Ball, the dean of the school of education at the University of Michigan in Ann Arbor, said the report is important because even though programs have for a long time been in agreement that teacher education needs to be improved radically, they have been unable to find support on a national level. “A report like this can help attract the nation’s policymakers to the fact that if we want quality schools, teacher education has to be at top of our agenda,” she said.
Universities, the report says, have an obligation to evaluate the quality of their teacher education programs. It proposes that universities establish timetables of no more than five years for closing poor programs and strengthening strong ones. If universities fail to do so, states should step in.

“The focus at many universities has been more on quantity and generating dollars rather than quality,” Mr. Levine said. “Expectations are so low on the part of the central administration that they haven’t made the effort to push education schools to raise the quality of teacher education programs.”

The report also calls for rebuilding teacher education programs around the skills and knowledge that promote classroom learning, and making five-year programs the norm.

It asks states to improve funding for teacher salaries, including tying salary scales to teacher qualifications and performance to reward the best teachers and keep them in classrooms.