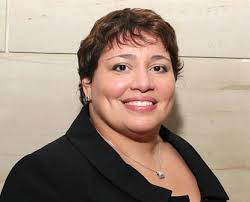 Deborah Santiago is chief operating officer and vice president for policy at the Washington-based Excelencia in Education advocacy organization.

For the first time ever, non-Hispanic Whites are projected to make up less than 50 percent of the U.S. K-12 public school population. The National Center for Education Statistics has estimated that minorities will comprise 50.2 percent of students in public school classrooms in the 2014-15 academic year.

The shift comes as the nation’s public schools have enrolled surging numbers of non-White Hispanic children in recent years. Non-White Hispanic children will account for 25.8 percent of American public K-12 students this school year and 28.5 percent in the 2019-20 academic year. In 2009-10, 22.8 percent of American students were Latino, according to the National Center for Education Statistics (NCES).

The population shift is bringing forth challenges, such as higher poverty rates among students and the need for more English-language instruction for children of immigrant families. Low-income students of color, in particular, attend schools that are highly likely to be segregated by race, reflecting U.S. housing patterns, and the schools tend to have fewer high-quality teachers than those in affluent areas, experts say.

“Certainly we know that there is still a great deal of segregation for Latinos, African-Americans and other groups. And they tend to be in school districts that don’t have the high-quality teachers or resources available,” says Deborah Santiago, the chief operating officer and vice president for policy at the Washington-based Excelencia in Education advocacy organization.

In thinking about and discussing the issues emerging with the changing school population, Santiago prefers “to say this is an amazing opportunity rather than challenge to make the kind of investments in education that we fundamentally need” in the U.S.

Dr. Patricia Gandara, the co-director of the Civil Rights Project at UCLA and a member of the White House Advisory Commission on Educational Excellence for Hispanics, told the Associated Press that public schools will have to confront poverty as an issue in order to help their students reach their potential.

About one-fourth of Hispanics and African-Americans live below the poverty line and many poor Hispanic children live with the instability of their families not having legal status, she said. The focus on teacher preparation and stronger curriculum is “not going to get us anywhere unless we pay attention to the really basic needs of these children, things like nutrition and health and safety, and the instability of the homes,” Gandara noted.

Deborah Veney Robinson, the vice president of Government Affairs and Communications at The Education Trust organization, agrees that the most significant challenges ahead for public school will be “making sure vulnerable students have highly effective teachers in every classroom … and that the spread of effective teachers is equitable so that we’re seeing students getting their fair share of high-performance teaching.”

Robinson adds that the higher education sector will have to significantly improve its capacity in retaining and helping students earn degrees. “I think [higher education’s] primary levers are going to be not just access for a more diverse population of students, but also looking at what it can do to make sure students are being successful, meaning that schools are affordable and that students actually graduate,” she says.