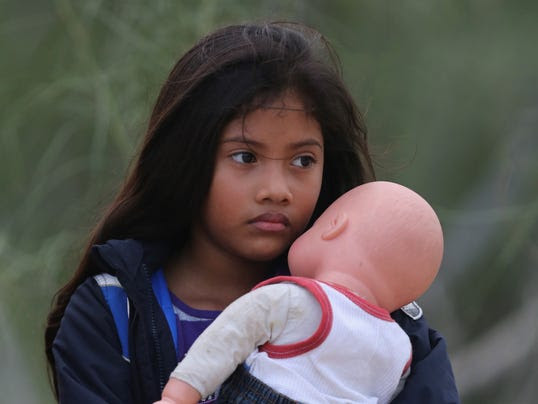 Schools across the USA are bracing for as many as 50,000 immigrant children who would start school this fall, most of them unaccompanied by their families.
"We haven't started school yet, so we are all just holding our breath to see what's going to come on the first day of school," says Caroline Woodason, assistant director of school support for Dalton Public Schools in Georgia.
Under federal law, all children are entitled to a free public education, regardless of their immigration status.
It's nothing new for public schools to serve immigrant students. But Francisco Negron, general counsel for the National School Board Association, says, "One of the challenges here, though, is the large number of unaccompanied minors."
"This is a whole new wave of immigrant students that are coming without any guardians whatsoever," Negron says.
Public school officials in Florida, Texas and Georgia know the unaccompanied minors are already in their states, mainly from Guatemala, Honduras and El Salvador. But they don't know how many will end up enrolling and where.
Last school year, Montgomery County Public Schools in Maryland enrolled 107 unaccompanied minors and has "no expectations" about how many could enroll this school year, says school district spokesman Dana Tofig.
Maryland saw more than 2,200 unaccompanied minors arrive this year as of July 7, according to the most recent figures available from the U.S. Office of Refugee Resettlement. 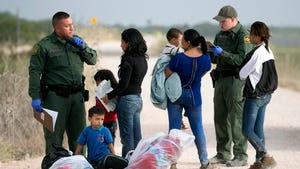 USATODAY
Surge in unaccompanied minors hits immigration courts
"We don't know the educational background (of the students), if they've even been to school, the language issue and operational issues that could raise costs," Negron says.
The U.S. Department of Education has a team to take "inquiries received from the field" and identify resources for school districts, according to an e-mail from Dorie Nolt, the agency's press secretary. 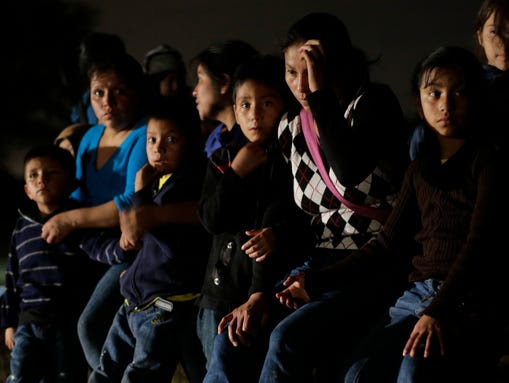 This June 25, 2014, file photo shows a group of immigrants from Honduras and El Salvador who crossed the U.S.-Mexico border illegally are stopped in Granjeno, Texas.(Photo: Eric Gay, AP)
ENOUGH FUNDING?
School districts receive funding under the federal No Child Left Behind Act for students who have limited English proficiency. States can set aside additional money for districts that experience a "significant increase" in the number of immigrant students. 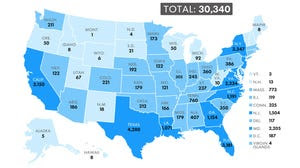 USATODAY
Map: See where immigrant kids find temporary shelter
Florida is increasing funding for new immigrant students, says Cheryl Etters, spokeswoman for the Florida Department of Education.
The increase reflects more immigrant children enrolling in Florida schools but does not include the most recent wave of unaccompanied minors from Central America, Etters says.
The district with the most recently-arrived immigrant children -- Miami-Dade County -- requested additional federal funding last week to support what it expects to be a flood of new students.
Miami has the country's largest Honduran population, and in the last three months of the school year, the district enrolled 300 children from Honduras, says superintendent Alberto Carvalho.The district has plenty of English-as-second-language teachers, as well as relationships with local social services.But "there's an unknown factor" of how new students will affect the district financially, Carvalho says.
Miami-Dade estimates it spends an additional $1,959 in local funds on immigrant children, Carvalho said in a July 30 letter to Florida Rep. Debbie Wasserman Schultz.
In addition to health screenings, students need social and psychological services because of the "dramatic conditions they left behind of violence or gang violence or poverty, coupled with what is often a traumatic experience during their journey," Carvalho says. 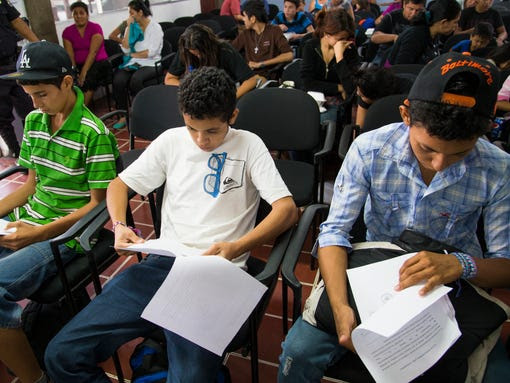 Minors are processed after being deported back to San Salvador, El Salvador from Mexico June 19, 2014.(Photo: Michael Chow/The Arizona Republic)
'NEWCOMER ACADEMY'
Using federal funds, Dalton Public Schools in Georgia set up what it calls a "Newcomer Academy" this year when it saw that about 30 students needed English training.
Last year, the district received $200,000 in funding for its 1,800 English language learners, about a quarter of the overall student population, Woodason said.
Whitfield County schools in Georgia set up a similar academy over the summer. Last school year, the district enrolled 13 unaccompanied immigrant children from Guatemala and El Salvador. Most don't speak Spanish but their native Mayan dialects, Eric Beaver, spokesman for the school district, says in an e-mail.
At Dalton, teachers must use "a lot of pictures, hands-on teaching and pointing," Woodason says.
In addition to language training, Dalton's school district is teaching basic technology skills. Many of the district's unaccompanied immigrant students have never seen a computer, Woodason says.
Follow @JolieLeeDC on Twitter.
Posted by Angela Valenzuela at 11:11 PM