Why is bilingual education ‘good’ for rich kids but ‘bad’ for poor, immigrant students?

The answer to this question  about bilingual education is inextricably about power, privilege, and ideology,  the latter of which is clearly caught up in a particular set of interests that have do with power and privilege for the dominant group in society.

Consider that bilingualism in the U.S. has always been the gem of the upper class.  For language minorities, language—like ethnicity—is a human right to which they are customarily denied.  In fact, it is so much of the fabric of so much of public education as part of a long  history of colonization – otherwise called "assimilation."

Even within this group, there is a large segment that buys the grand myth of English monolingualism as the route to socioeconomic mobility when the evidence actually points in the opposite direction ( see below).  The historical and public policy record is abundantly clear that bilingualism is an issue of politics, power, and privilege and NOT evidence.

Why is bilingual education ‘good’ for rich kids but ‘bad’ for poor, immigrant students? 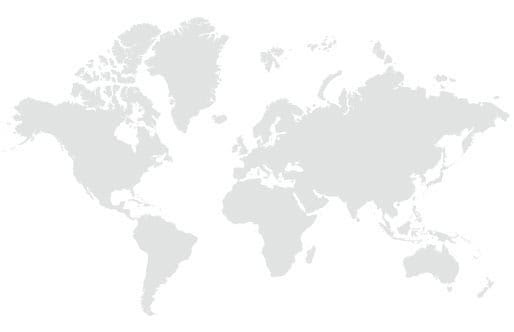 If you follow the public debate about bilingual education, you know that there are two basic opposing views. As Claire Bowern, the author of the following post, writes,


To put it bluntly, bilingualism is often seen as “good” when it’s rich English speakers adding a language as a hobby or another international language, but “bad when it involves poor, minority, or indigenous groups adding English to their first language, even when the same two languages are involved.

Here is a piece about the value of bilingualism for all students. Bowern is an associate professor of linguistics at Yale University and a fellow in The OpEd Project’s Public Voices project who has been researching topics s related to language and society, including bilingualism, for 15 years. She also works as an advisor to Native American and Australian indigenous groups on language reclamation, maintenance, and bilingual education issues.

Two languages, two sets of opinion about bilingualism. On the one side is the research that consistently shows that bilingualism is good for you. It leads to an enriched set of experiences, a new way of seeing the world, and more prosaically but no less importantly, is associated with reduced rates of dementia. People who are multilingual are perceived as more intelligent and educated, and they have better international contacts and resources in their careers.

On the other side, we also hear about the perniciousness of bilingualism among immigrants, the uselessness of supporting and preserving minority and indigenous languages, and the educational and economic harm that comes from ‘wasting’ valuable resources on bilingual education initiatives. Some even see maintaining another language as seditious, a compromise to national security, or at the very least, evidence of conflicted loyalties or identities, or that a person cannot be fully trusted.

These opposing views tells us more about stereotypes and social pigeonholing than about language. To put it bluntly, bilingualism is often seen as “good” when it’s rich English speakers adding a language as a hobby or another international language, but “bad” when it involves poor, minority, or indigenous groups adding English to their first language, even when the same two languages are involved.

Let’s look in more detail at the evidence that bilingualism is “good.” The evidence comes from several sources. One is Erika Hoff’s work on second language exposure. She compared Spanish-speaking immigrants to the USA who spoke Spanish to their children with those who spoken mostly English to them. The children who had mostly English at home did worse in standardized tests, while the children whose parents spoke to them mostly in Spanish benefited from a “bilingual boost” by being proficient in two languages.

Research in Australia among Aboriginal groups shows that bilingual education programs have higher school attendance and better outcomes on standardized tests. The same is true for the elite bilingual schools at the other end of the socio-economic spectrum. Bilingual education benefits all, not just the rich.

The “bilingual boost” extends beyond the classroom and into later life. Ellen Bialystok’s research, for example, shows that bilingual adults, as they get older, stay sharper for longer than monolingual adults do. The effect is about four years’ difference on average, which can make a considerable difference to quality of life in retirement. In research by the same team, bilingual adults also showed the delays in the onset of symptoms of Alzheimer’s Disease. They still got the disease, but they were able to maintain active lifestyles for longer – 5 to 6 years longer on average.

Not everyone thinks that bilingualism is a good idea, however. A common argument confuses promoting bilingualism with promoting lack of fluency in English. Karin Davenport, of U.S. English, for example, calls bilingualism as “crutch” that allows people to remain “linguistically isolated.” But again, research is clear. All research on this topic, from multilingualism to the causes of language endangerment, has shown that immigrant kids will most likely pick up the major language within a generation, whatever the policies are. In the United States, second-generation fluency in English is around 80 percent, while third generation fluency is well over 90 percent.

English-only won’t get more people speaking English; they’ll learn English no matter what. But will they have access to good literacy, education, and all the other prerequisites for success that go along with that? Only if they’re well supported in school. And research is again clear that the best way to do that is to teach students in their first languages, to maintain school attendance by making school relevant to their experience, and by employing teachers who are role models.

The tide is slowly changing, at least at the legislative level. Legislators in California recently voted to allow consideration of overturning the 1998 English-only instruction laws in that state. And there is national legislation currently under consideration in congress, with bipartisan support (particularly HR.4214/S.1948). Both these bills recognize that beginning the “bilingual boost” needs to start early, and that government support through state education is critical.

Theodore Roosevelt said, “We have room for but one language in this country, and that is the English language.” But Roosevelt himself was trilingual, and America has never been home to just a single language, from the several hundred indigenous languages that were here before European settlement to the early colonists from Britain, Germany, France and elsewhere in Europe, from the slaves brought here from the coasts of Africa, to more recent immigration from Central and South America, Oceania, Asia and the Middle East. It’s time to change the monolingual mindset and to recognize the benefits of bilingualism for all who want it.

Valerie Strauss covers education and runs The Answer Sheet blog.
Posted by Angela Valenzuela at 9:22 AM