Sarcastically switching the roles of White people and Aborigines

Visiting scholar Florian Grundmüller with Craig Campbell (Anthropology) present the 1986 Australian film, Babakiueria. This is a 30 minute satirical video produced by Austrialia’s Aboriginal Programs Unit, with Aboriginal actors and production crew and a Euro-Australian producer, director, and writer. This short film critiques 200 years of colonization and racism in Australia by sarcastically switching the roles of White people and Aborigines. Participants are encouraged to read Rebecca Weaver-Hightower’s “Revising the Vanquished: Indigenous Perspectives on Colonial Encounters”[Weaver-Hightower 2006] and Faye Ginsburg’s “Culture/Media: A (Mild) Polemic.” [Ginsburg 1994] 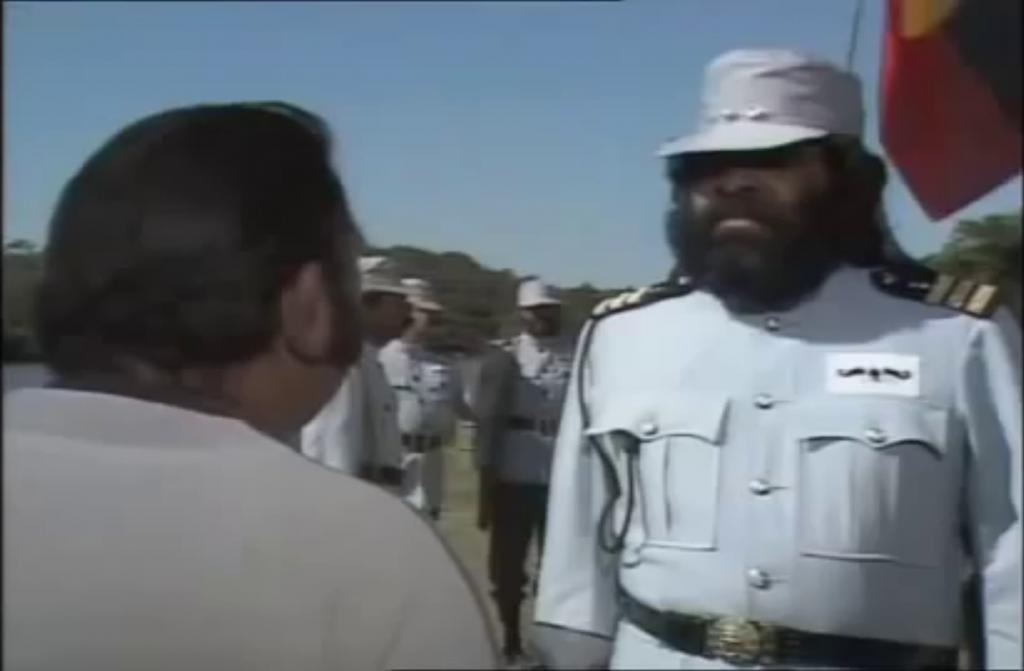 Screening and discussion
5:00pm – 6:00pm
Tuesday, December 12, 2017
SAC Building 5.162
University of Texas at Austin
This event is free and open to the public.
The Intermedia Workshop presents a series of informal gatherings exploring ‘reverse anthropology.’ In this workshop series we will consider Horace Miner’s famous article “Body Ritual among the Nacirema” (among others) alongside films like Das Fest des Huhnes, Rouch in Reverse, Babakiueria, and Qallunaat! Why White People Are Funny.
The goal of the workshop is to reconsider the trope of the exotic field-site in anthropology alongside other questions like satire, race and identity, aesthetics, as well as anthropological knowledge and pedagogy.
This is an informal, free, and open workshop series sponsored by the Intermedia Workshop. All are welcome.

Posted by Angela Valenzuela at 11:01 PM