Such a beautiful reflection on what it meant to become "Mexican American" in San Antonio by former University of Texas San Antonio President Ricardo Romo.  It demonstrates a shift in understanding of "Mexican," as a national-origin  identifier to one of "Mexican American," as an ethnic identifier. It is a process. For first-generation immigrants, theirs is an experience of understanding what "Mexicanidad" (or Mexican-ness) means in a U.S. context. In short, although the same term, "Mexican" or "Mexicana/o" gets used, but they mean different things.

Dr. Romo's mention that "Mexican" was a term that entered from outside the lexicon of his community attests to not only the fact that people were primarily Spanish speaking but also that this term was imposed. This brought to mind a statement made by a newly-arrived Mexican student who expressed being troubled about having come to the U.S. to "learn" that "Mexican" is a dirty word.

I shared with her and the rest of the class that there is a long history to this and that the term—even as it represents a source of pride—is nevertheless inflected by vexed Anglo-Mexican relations in the Southwest.

One sees, for example, people avoiding it altogether, opting for "Hispanic," "Latino," or "Latinx," because the word, "Mexican"—especially when accompanied by pejorative adjectives like "dumb," "greasy," or "dirty"—was intended as a slur. What may further reside at the subterranean, civilizational level, is a negation of Mexico itself, compounded by the fact that the term is of Indigenous origins. That is, the "Mexica" (pronounced me-SHEE-ca) are the Aztec, Nahuatl-speaking people whose very existence threatens the Eurocentric myths of both countries.

The United States seemed far away to the families living in the farming communities of Union, Sabinas, and Agujita in northern Coahuila during the early 1900s. Those wishing to make a new life in the United States had to make a 80 mile trip to Eagle Pass, Texas.

There were no automobiles in any of the surrounding Mexican communities and the railroad tracks had not yet reached the rural areas. Coming to the United States meant walking or riding the entire distance in a horse carriage. Prior to the Mexican Revolution, most of the small farmers from these communities considered this to be too dramatic a step.

Francisco “Pancho” Saenz bought his business in 1937--at the height of the Great Depression. Francisco Saenz [on the right]: Auto Parts store on El Paso Street. 1940s. [Romo Family Photo]

Mexicans came to the United States because profound “push” forces dominated their daily lives. The “push” factors of the early 20th century were a result of civil unrest, war, and political oppression in Mexico. A long and harsh dictatorship in Mexico eventually led to a revolution, which resulted in the exodus of thousands of Mexican between the years 1910-1930. In the 1920s thousands from the Central states of Mexico also left because of religious persecution.

I often wondered why my grandparents came to the United States. My conversations with them revealed the obvious: like many other migrants of that time in Mexico, they left a homeland plagued by violence and with hopes of finding work elsewhere. It is not all that clear that they were seeking a new life elsewhere or in pursuit of the American Dream. They were undecided initially about their future. Unlike the immigrants from Europe and Asia,

Mexicans were close enough to the homeland that if work did not materialize or became unsteady, they were prepared to return. Many actually came to the United States thinking they would earn money and then return to Mexico after the armed conflict ended to buy a small property or start a business. 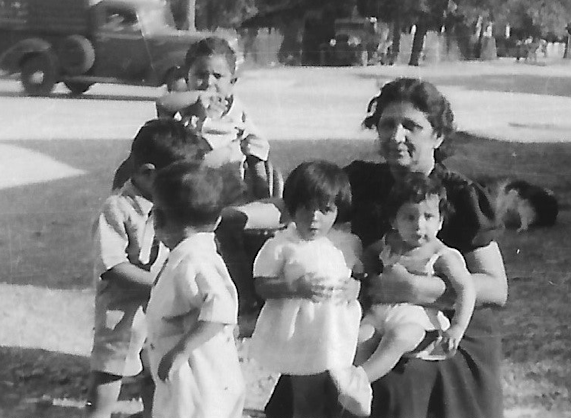 My four grandparents were born in Mexico. Two came from the Sabinas region of the northern state of Coahuila. Both of my parents grew up in the Westside of San Antonio, a Mexican barrio where everyone, it seemed, had a connection to Mexico. No one had a television, so our only music and news came from two local Spanish language radio stations.

Mexican barrios like ours and those in other U.S. cities were often called “Little Mexico.” In Dallas, for example, so many Mexican moved into the “Little Jerusalem,” a Jewish neighborhood, that after 1910 it soon became known as “Little Mexico.” But there was nothing little about our barrio in San Antonio, which the US Census estimated as the second largest Mexican American community in the United States after Los Angeles in 1960. Those from outside our barrio called us Mexican, and we referred to ourselves as “La Raza.”

There is much about what I saw and learned in my early years in San Antonio that reveals the extent of our Mexicanism. I grew up surrounded by a large extended family, and they influenced much of my early understanding of Latino culture and society. My “Tio Pancho” was one such influencer.

Tio Pancho initially worked as a farm laborer, but found a job in a garage as a young man when the family moved to San Antonio. With his savings, Tio Pancho bought his own garage and auto parts store in 1937. Tio Pancho was a frequent “guest DJ” with KCOR. On the radio he told stories about serving in the Mexican Revolution, catching huge fish in the Gulf of Mexico, and knowing the latest juicy stories about Mexican movie stars and popular singers. 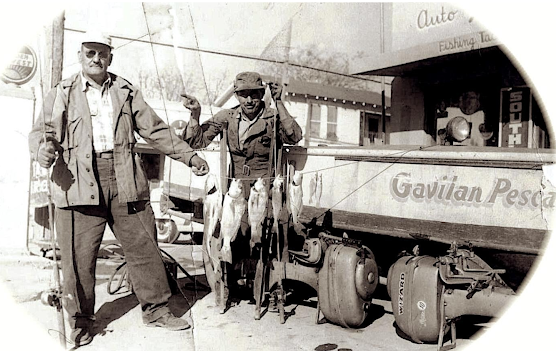 “Tio Pancho” was a popular fellow in our Westside barrio. From the mid 1930s to the time of his death in 1965, he had one of the few Mexican-owned auto parts sales and repair shops in the city. He had radio time on the only Mexican station in town. His sister Maria was one of the most respected midwives in the barrio. His brother Cruz owned a popular night club “El Gaucho” across the street from Tio Pancho’s auto shop on El Paso Street and his younger brother Martin owned several fried chicken drive-inns.

If my grandmother and her brothers believed in the American Dream, they didn’t say. If the American Dream meant being financially successful, creating their own businesses, buying a home, and raising children who attended school, they more than lived this dream.

Although they gave up on returning to Mexico, they never gave up on their idea that family was the Mexican way. My grandmother and her two brothers helped bring my great grandmother, Estefana Cardenas, to the United States. She lived next door to her son’s auto parts store, five houses from her daughter’s home, and across the street from her younger son’s night club.

Today, the auto parts store, Kerr Hill Auto Parts, continues in its 83rd year with the help of Tio Pancho’s son Frank, his wife Vicki, and their son Frankie, They moved the store one block south to Guadalupe Street where they have a larger lot for the garage and auto repair business. These are tough times for small family businesses, and the fourth generation has no interest in keeping the business active after the son, wife and grandson of Tio Pancho retire. 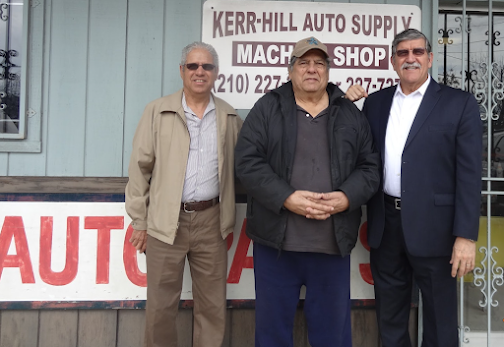 Tio Pancho’s family story is one of many from this Westside barrio. This family did not have strong long-term ties to Mexico, but managed to bring some Mexicanism to San Antonio via their radio experience and interaction with other Mexican customers and family members. All continued to speak Spanish, and Maria Romo, the midwife, learned very little English as nearly all of her clients spoke Spanish.

Tio Pancho’s family contributed to the Mexican American experience, as did thousands of other first generation Mexicanos in the United States. They passed on Mexican values of strong family ties, a respect for hard work and entrepreneurship, an appreciation for being bilingual in Spanish and English, and the importance of higher education.

Posted by Angela Valenzuela at 11:19 AM