Beginning with his seminal text, Occupied America, A History of Chicanos that is currently in its 9th edition, his contributions to Mexican American Studies are incalculable. Our dear friend and colleague is up in years and so I am glad that Emilio delivered this beautiful tribute.

Do check out his other best-known books listed below. 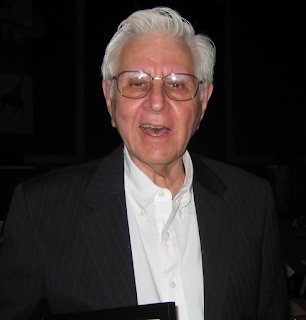 Today, we honor Dr. Rodolfo “Rudy” Francisco Acuña, the extraordinary historian, educator and social activist in Chicano, or Mexican American Studies.  Rudy was born on May 18, 1932 in Boyle Heights, Los Angeles, California to Alicia Elías, from Sonora, and Francisco Acuña, from Jalisco. He was unable to be with us, but sends his greetings.  Rudy graduated from Loyola High School in 1951 and earned a Ph.D. in Latin American Studies in 1968 from the University of Southern California.

Rudy’s achievements are many. His best known publication is the landmark history on Mexicans in the United States, Occupied America, A History of Chicanos. The book was published in 1972—fifty years ago—and it is currently in its 9th edition. Occupied America is one of the earliest textbooks on the subject. It is also known for its bold and truth-telling chronicling of Mexican American history. No other historian has written deliberately and forthrightly as an advocate for social justice for his people.

Rudy is the founding chair of the Chicana/o Studies department at San Fernando Valley State (California State University at Northridge)—the largest Chicana/o Studies Department in the United States with 27 tenured professors. Here too, Rudy has self-consciously embraced a social justice agenda as a Mexican American intellectual and activist.

Besides maintaining a heavy teaching load and busy administrative work, Rudy has published 24 books and hundreds of scholarly articles and essays for public consumption. He has published three children’s books and more than 200 academic, in addition to over 160 book reviews in academic journals, hundreds of essays in blogs, newspapers and other public outlets, and an interactive Student/Teacher Guide to Chicana/o Studies.

Rudy has received many deserving recognitions, including: Ford and Rockefeller Foundation Research Grants; The Gustavus Myers Award for the Outstanding Book on Race Relations in North America; The John Hope Franklin Distinguished Scholar Award from Diversity in Higher Education; The National Hispanic Hero Award from the United States Hispanic Leadership Institute; The National Hispanic Institute Lifetime Achievement Award; A Life Time Achievement Award from the Mexican American Legal Defense and Education Fund; The Distinguished Scholar Award from the National Association for Chicana and Chicano Studies; The Emil Freed Award for Community Service; The Founder's Award for Community Service from the Liberty Hill Foundation among others; One of the “100 Most Influential Educators of the 20th Century” from the Black Issues in Higher Education; and The Activist/Scholar Award from the Community Coalition of South Central Los Angeles.

Rudy has also fought important battles. For instance, when the Chicano Studies Department of the University of California at Santa Barbara unfairly denied him a faculty position In 1990, he sued the university for political and age discrimination and prevailed. After a three-year fight, a federal jury agreed that the university was guilty of age discrimination and awarded Rudy $326,000. The principled person that he is, Rudy used the funds to create a non-profit foundation, the Chicana Chicano Studies Foundation, which provided legal advice and awarded grants to victims of discrimination in higher education. The foundation now also awards educational scholarships.

Rudy continues to advocate for progressive change with his public presence as a scholar/activist, speaking out on issues such as the Iraq and Afghanistan wars, the plight of undocumented Latino workers in the United States. and the censorship of ethnic studies in the public schools of Arizona. Most recently, Dr. Acuña has been involved in advancing Mexican American studies in our public schools, especially in California, New Mexico, Arizona and Texas.

Today, we raise Rudy’s name and work with our praise, thanks and respect. His unceasing and admirable scholarship and community work on our behalf as a Mexican/Latino community, are modeling invocations of the righteous spirit in action. Con aprecio y respeto, te honramos Maestro.

Posted by Angela Valenzuela at 6:45 PM