All Americans Should Care About Latino Economic Mobility

Dr. Barbara Flores, a professor emeritus out of Cal State San Bernardino and president of the California Latino School Board Association and I had the honor and privilege of attending this year's Latino Aspen Institute titled, "America's Future Summit: Unlocking Potential, Advancing Prosperity" in Chicago, Illinois.  We both contributed, as well (among many numerous others), to a final report to be released later this year in the context of working groups that we participated in while there.

The Institute itself is the work of the "Latinos and Society Program" of the Aspen Institute directed by Abigail Golden-Vasquez, who organized a powerful gathering of thought leaders about which I had earlier blogged.

Latin@s need to be seriously recognized in this country for our enormous contributions and potential as this piece indicates.  Moreover, it begins with us as Latin@s recognizing and embracing our own potential. 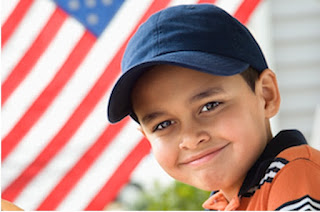 This is the first post in a series following the 2018 America’s Future Summit: Unlocking Potential, Advancing Prosperity. The following posts will examine solutions or case studies to the issues discussed above and at the America’s Future Summit. You can view the program book from the event, which includes the day’s agenda and speaker bios, and watch the event recording. A white paper exploring various challenges and solutions discussed during the summit will be released later this year.
The difference that Latinos make in the United States has never been more relevant. From workshops to executive suites – and all points in between – Latino Americans, who account for 18 percent of the nation’s population and 17 percent of the total workforce, are driving economic growth in America. On May 17, the Aspen Institute Latinos and Society Program hosted the America’s Future Summit: Unlocking Potential, Advancing Prosperity in Chicago, a city with a rich Latino history and a growing population. The purpose of the summit was to raise awareness of the issues that either help or hinder Latino advancement and to improve understanding of policies, decisions, and actions that promise to advance Latinos’ success and, therefore, the country’s success. With projections that Latinos will make up nearly 1/3 of the US population by 2060, there is no doubt that Latino Americans’ ability to advance economically is critical to the future of the nation’s shared economy.
For this reason, we must talk about the issues influencing Latino progress.
We must talk about the way that traditional pathways to upward mobility through good jobs are increasingly elusive. New models for meaningful living wage employment that engage both employers and employees are necessary.
We must talk about the fact that Latinos are driving new business creation and have the potential to be great drivers of wealth. Yet too many of their businesses remain small, leaving $1.38 trillion in sales off the table. If unleashed, the potential of Latinos to contribute to their families, communities, and the entire US economy is profound.
We must talk about the unfortunate reality that ZIP codes too often determine access to opportunity. At a time when too many Latinos face barriers to economic advancement, we should have honest conversations about mobility and equity in the face of community redevelopment and gentrification as well as the disparities that things like segregation and disinvestment can create.
There is a cost to all Americans when large and growing segments of the population are excluded from economic advancement opportunities. And the cost takes a toll on all communities, not just communities of color, in the form of a workforce unprepared to meet the needs of businesses, the cost of social programs, policing and incarceration, and the ripple effects to the entire economy of lost income, taxes, and wealth creation. If we want to see an expanding economic pie and an increasing middle class, we must support Latino financial security, mobility, and wealth creation in order to build an economy that works for us all.
The Latino contribution to GDP in the US was $2.13 trillion in 2015. If the Latino population made up its own country, its GDP would be the seventh largest in the world. Still, overall Latino household income remains low and the wealth gap high. Since the Latino population is so young, their effect on the economy will only increase with time. Clearly, we have much work to do. And we believe that work begins with conversation, conversation that leads to ideas, and ideas that lead to action.
By creating conversations among American Latino and non-Latinos on issues impacting our communities, we can begin break out of our silos, understand each other better and promote the engagement of all Americans in securing a more prosperous and inclusive future for all
Posted by Angela Valenzuela at 7:19 AM