The Long Struggle to Equality and Independence by José Antonio López

Here is a good, short "Fourth of July" piece published by the Rio Grande Guardian that covers the vexed history of Mexican Americans and native peoples in the U.S. I appreciate its focus on education integration struggles.


Sadly, mainstream U.S. society has been unsuccessful, with horribly tragic results, in Anglicizing Native American and African American heritage. In the Southwest, they are finding out the hard way, that they cannot Anglicize Southwest history. To be sure, the MAS movement victory is only the beginning and will only be successful when the seamless history of Texas and the Southwest is totally embraced in the classroom.

Our good friends and colleagues from Arizona are "intrepid justice warriors," indeed.  Their struggle was not without its costs, however. Personally, I hold deep respect and admiration for their sacrifices—in terms of employment, reputation, stress, and relationships that are still healing.

While never for the faint of heart, such struggles must occur for change to happen.  Most positively, their struggle has animated a powerful movement for Ethnic Studies that promises to breathe life and justice into our nation's classrooms.

As most of us learned early in elementary school, July 4 is remembered as the day that we celebrate U.S. independence from England.
It’s a day that celebrates the liberties and freedoms we have. 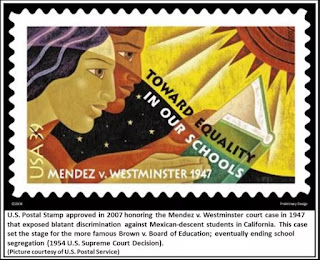 Regrettably for minority groups, the date is not without its ironies. For example, even with their enthusiastic patriotism, anchored in the U.S. War of Independence itself, it’s been a long, hard-fought struggle for Mexican-descent people. For instance here in Texas, they had to wait until 1954 to enjoy the guarantees of the U.S. Constitution.
That’s when the U.S. Supreme Court (Class Apart Decision) forced the State of Texas to stop its intolerant policies toward Mexican-descent citizens. Yet, the fight for inclusion continues. 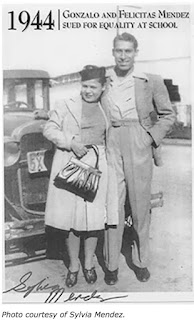