“It’s clear to me that our intellectual advancement is a threat to some people, because they tried to make it illegal.”--Tony Diaz

It always come down to the books. The fact that people want to keep them from us proves that books are powerful.

And just when you think book oppression is over, you find out that it’s not.

Yes, we must celebrate our victories. This edifies and inspires.

But we have to keep in mind that the book-burners keep updating their tactics.

Here are 4 new sides to this as exemplified by 4 stories in the news.

But first, because of the cultural upheaval around us caused by policies unleashed on our community, we must celebrate our victories and also define and manifest our goals.

Immigration officials don’t seem to want you to donate books to traumatized children who have been separated from their families by ICE.

In Philadelphia, officials first told folks it was okay to donate books for the children caught in the cross hairs of a broken immigration system. But then they told folks no! 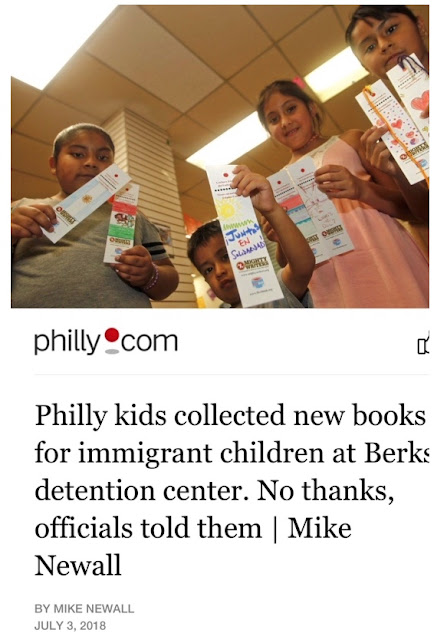 Maybe Immigration officials want to only traumatize children. Maybe they are easier to handle when they are catatonic.

We Have Seen This Before

There is a precedent for this. The legal opinion overturning Arizona’s racist ban of Mexican American Studies said that it was implemented with discriminatory intent. So, we are not making this stuff up.

But Immigration officials have a chance to reveal their intentions.

Lisa Cruces from Houston is gathering books for children who are being detained by the border patrol. If you have questions for her, we will be talking to her on our radio show, Nuestra Palabra: Latino Writers Having Their Say On The Air Tuesday July 10, 2018.

(We air Tuesdays live 6p-7p cst on 90.1 FM KPFT, livestream at www.kpft.org and podcasts at www.NuestraPalabra.org.).

Lisa is a great ally of Nuestra Palabra and the Librotraficantes. She was key in getting the Nuestra Palabra Radio showed archived in the University of Houston Digital Archives. We are making History.

Here is a link to her book drive.

Posted by Angela Valenzuela at 7:24 PM