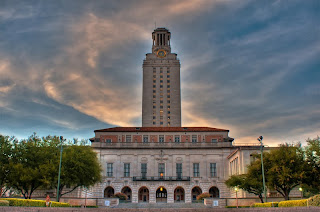 Check out the response from the regents to the Texas Exes:here

In a letter signed by Regents Chairman Gene Powell and vice chairmen Paul Foster, Steven Hicks and James Dannenbaum, the regents assure the worried alumni that they are committed to maintaining UT-Austin's status as one of the nation's foremost public research universities. "Our view is that academic research is extremely valuable to society," they write.

The letter also reasserts that the system will make no attempt to develop a report that indicates which individual professors are and are not generating revenue. Nor is there any plan to replace tenured faculty with part-time contract lecturers. "There is no hidden agenda," the regents insist.

In addition to these letters, a letter from prominent alumnus and major UT donor Red McCombs surfaced today — first on the conservative website pushjunction.com — calling for cooler heads to prevail in the recent turmoil surrounding actions at the UT System. "My view is that all of us need to get on with doing what we do best," McCombs wrote, "and that is an unqualified and very visible support of the current leadership that we are so fortunate to have."

Much of the tension stems from the system's recent hiring of Rick O'Donnell, an advocate of controversial reforms to higher education. On Thursday, the system reassigned O'Donnell and announced that his position would not extend beyond August 31.
Posted by Dr. Patricia D. López at 12:11 AM