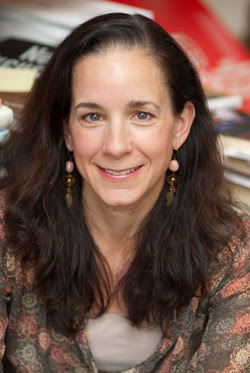 So-called “colorblind” educational policies not only fail to address racial inequality in American classrooms, they worsen and perpetuate it, according to an evidence-based policy brief by TC’s Amy Stuart Wells, professor of Sociology and Education. The brief, recently published by the National Education Policy Center at the University of Colorado at Boulder, concludes that education reforms that ignore racial differences and disparities have worsened, rather than corrected, racial inequalities in student access to high-quality schooling.

Wells, who is also the Director of the Center for Understanding Race and Education (CURE) at TC, concludes that the most popular education policies of the last 30 years – namely, school choice policies and strict accountability systems – rarely consider race, diversity, or the dramatic racial and ethnic demographic shifts taking place in the public school population. As a result, she argues, these policies advance an ineffective “colorblind” approach to educational reform that ignores stark racial inequality when implementing policies and then bemoans vivid racial inequalities in educational outcomes.

The policy brief raises serious concerns about the capacity of the current education policy agenda to promote racial equality and prepare children for the 21st century. The U.S. Department of Education’s enrollment data suggest that by this fall the public school student population will be less than 50 percent white, non-Hispanic for the first time in U.S. history.  On March 21, the Department’s Civil Rights division released another report finding that minority students are more likely to be suspended from schools – including from preschools – and have less access in general to preschool, advanced courses and college counselors.

Meanwhile, Wells writes, ostensibly colorblind policies fail to support the multiple “educational benefits” of diverse universities, schools and classrooms.  Such benefits include lessening stereotypes while supporting better-informed class discussions, greater cross-racial understanding, and preparation to succeed in an increasingly diverse society. At the same time, a growing number of parents are seeking such diverse and dynamic educational settings for their children.

Wells notes that the Civil Rights era of the 1960s and 1970s saw several race-conscious education policies, including affirmative action and school desegregation, which directly addressed racial inequality. The same period, she writes, “coincided with the largest reductions in the black-white achievement gap in the nation’s history.”

By contrast, in perpetuating segregation of all kinds, contemporary “colorblind” policies “are also at odds with a multi-racial and ethnic society in which a growing number of parents and educators see the potential educational benefits of paying attention to diversity and difference as a pedagogical tool.” Racial achievement gaps, Wells contends, can only be closed “if policymakers are not blind to the role that race plays in our educational system.” She argues that education inequalities must be proactively addressed with a new set of 21st century policies that embrace diversity and support diverse schools.

Wells offers a series of recommendations that address policies, practices and conditions that perpetuate segregation and inequality while simultaneously tapping into the changing racial attitudes of Americans. Educational benefits can accrue to all students in schools and classrooms that are diverse.

The report was made possible in part by funding from the Ford Foundation.

To read the full report by Amy Stuart Wells please visit http://bit.ly/1hOfazi
Posted by Angela Valenzuela at 10:11 AM