On Wednesday, the march for Mexican American Studies to the capitol took place.

On Thursday, a Civil Rights Conference that brought Presidents Obama, Carter, Clinton and Bush to the Lyndon B. Johnson Library and Auditorium at the University of Texas commemorated 50 years since the passage of the 1964 Civil Rights Act.  Accordingly, two important reports came out that underscore the continuing importance of civil and human rights struggles:


A Future In The Balance::  Confronting Inequities And Creating Equal Opportunity For Austin’s Poor And Minority Students

Simultaneously, outside of the LBJ auditorium, immigrant rights students, parents, organizations, and community organized a Not 1 More Deportation Rally and March.
Specifically, they protested, asking President Obama to halt the deportation of the mostly undocumented Mexicans.

Impassioned pleas were made and three arrests took place.  Ironically, this rally and march calling for an end to deportations mirrors that very same call for social justice and human dignity that fueled the legislation that expanded civil rights to U.S. minorities 50 years ago.

Surely, if Martin Luther King were alive today, he would have  stood with us outside of, rather than inside, the LBJ Auditorium.  He would never have turned a blind eye—and most importantly, would have stood up to the savagery of our nation's immigration policies.

Our local, state, and national leaders really do need to hear the suffering of our children and families as a result of harmful, unjust deportation policies.  Here are links to testimonies that I gathered at the rally outside of the LBJ Auditorium.


Although the first recording is in English by one of the three young people that got arrested shortly after this testimony, you will certainly hear and understand the acute pain and suffering of the remaining three testimonies in Spanish that our inhumane deportation policies have wrought:

Listen to this moving testimony of Patrick Fierro who got arrested in today's demonstration (April 10, 2014), along with Emily Freeman and Alejandra Gomez on either side of him for crossing federal jurisdictional lines in front of the LBJ Library.— at LBJ auditorium, University of Texas at Austin. https://www.youtube.com/watch?v=aHhfae4ufag

A poignant shout out to President Obama by Cecilia Hernandez, immigrant rights advocate, leader, and parent. Ms. Hernandez is one of our beloved, trusted leaders in the immigrant rights movement and community in Texas. https://www.youtube.com/watch?v=JJeccf2kj0g

Another beloved, tireless leader, Maricela Galvan, speaks about the unconscionable 2 million deportations of undocumented immigrants and urges the President to use his power to stop them.  She also points to how his re-election was not only enabled by the Latino vote but that he also promised in his campaign that he would institute comprehensive immigration reform.  https://www.youtube.com/watch?v=W1wr2LBbYt8

Despite the intransigent, reactionary resistance to righting wrongs in many quarters with respect to these unjust immigration policies, (more) just education policy was developed by the State Board of Education which is indeed the culmination of decades-long advocacy, scholarship, and activism.  I list an assortment of articles that can give you a good sense of what played out this week:

8) Mexican-American Studies, Other Cultures Now Electives in Texas BY RAUL A. REYES


The apparent growing strength and diversity of the protests community  led me to think and feel that  the Earth shifted a bit this past week.  This was a much-needed offsetting of the status quo with a shifting of the political center of gravity with respect to our state curriculum.

This is actually no small thing as curriculum is very much connected to the development of critical faculties in our young people that will go on to graduate and vote in greater numbers with an enhanced, more meaningful sense of who they and their communities are in the world.

While Mexican American Studies and other area studies that will surely get taught in our public schools with much greater frequency, this will not happen automatically.  As an advocacy community we must remain ever vigilant in order to extend this right and opportunity to every school, community, and child that seeks this opportunity—and there are many.

Finally, our community celebrated the re-opening of Resistencia Bookstore casa de Red Salmon Arts at it new site at 4926 E. Cesar Chavez St., Unit C1 Austin, Texas 78702. It was a beautiful ceremony that consisted of prayers, dance, and poetry reading.  Here is one photo that I took of Rosa Tupina Yaotonalcuauhtli, Susana Almanza,Yvette Mendez , and Diana Barragan, thanking them for their leadership and prayers for our community—prayers for respect, dignity, human and civil rights, peace, inclusion, and a more just and caring society. 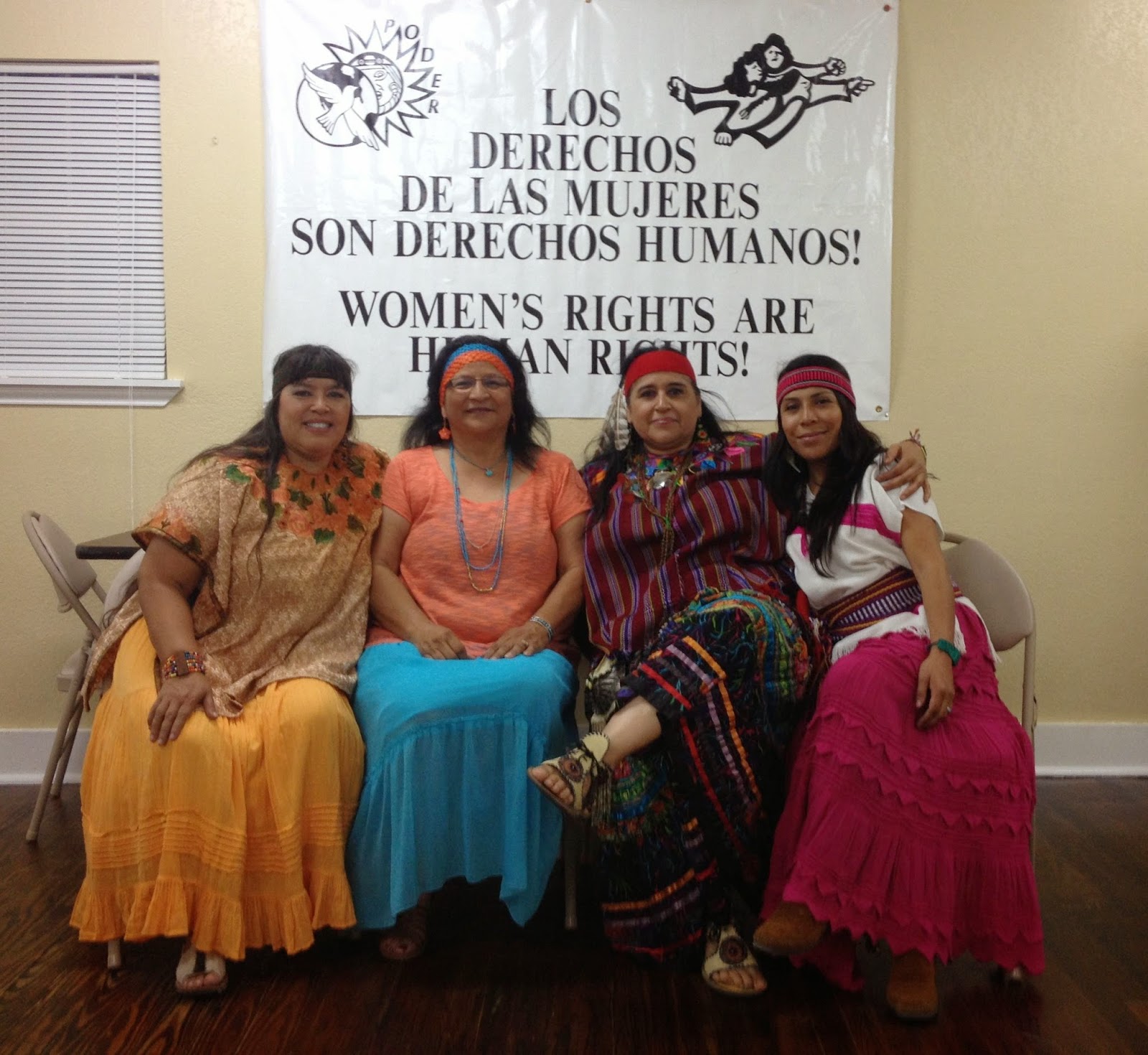 While this shift suggests the growing political power of the Latin@ community, we must not forget all the incredible work and sacrifices that have been made for this to occur.  Indeed, this is a community that embraces democracy  and core uniting values like tolerance, inclusion, due process, fairness, the rule of law, equity, civil society, and the public good.  We should all feel encouraged.
Posted by Angela Valenzuela at 10:44 AM