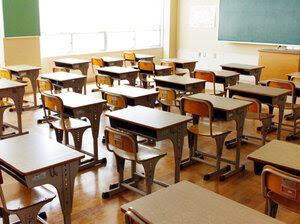 A new report suggest there's a dropout crisis among the nation's teachers.

iStockphoto.com
Worried about your teenager dropping out of school? You might also want to worry about his teacher.
"Roughly half a million U.S. teachers either ," reads a new report from the , an advocacy group. And this kind of turnover comes at a steep cost, not only to students but to districts: up to $2.2 billion a year.

There were more than 3 million full-time teachers in 2013, , meaning nearly 15 percent of the workforce is moving or leaving every year. And, the study says, at-risk students suffer the most.
Nearly 20 percent of teachers at high-poverty schools leave every year, a rate 50 percent higher than at more affluent schools. That's one of every five teachers, gone by next September.

As for that $2.2 billion price tag, it's money largely spent on human resources, says Jason Amos, Vice President of Communications for the Alliance. That includes recruiting and processing new hires, along with money spent on induction, training and development.

The report points to a variety of reasons for the turnover, including low salaries and a lack of support for many teachers. Which helps to explain why those most likely to quit are also the least experienced: 40 to 50 percent of new teachers leave within their first five years on the job.

Posted by Angela Valenzuela at 8:32 AM