No!!! The Trump Administration Just Gutted the Endangered Species Act

No!!!  This is so incredibly terrible!  Politics and profit combined with climate change denial, a horrible president, and elected officials that have been trying to gut this act for years—are responsible for this.

Moreover, because of the polity's massive bombardment with so many issues we are facing right now with this presidency, this decision is in jeopardy of fully coming to fruition.

Let's all stand up and make it known that we oppose this.  We are running on borrowed time when it comes to the environment.  As a result of the Endangered Species Act, signed into law by Richard Nixon in 1973, we still have manatees, polar bears, grizzly bears, seals, whooping cranes, beluga whales, and bald eagles—our nation's very symbol.

They will certainly be denied to the next generation if we fail to vociferously voice our opposition to this.

The Trump Administration released sweeping regulations to weaken the law credited with saving the bald eagle and the grizzly bear. 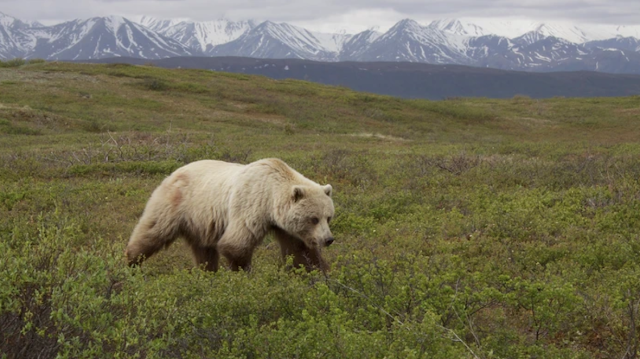 The Trump administration announced new regulations that will effectively gut the Endangered Species Act (ESA) on Monday, hampering one of the most important environmental laws ever passed.
The Department of the Interior, currently headed by former fossil fuel lobbyist David Bernhardt, and the Department of Commerce made sweeping changes to the regulations required by the ESA just months after a United Nations report detailed an “unprecedented” decline of biodiversity and accelerating extinction rates. The changes "clarify, interpret, and implement portions of the Act," according to the text of the final regulations.
One function of the ESA is to protect the land that a threatened or endangered species needs to survive. The new regulations would limit the designation of this land, called critical habitat, stating that sometimes it “may not be prudent;" for example, if the habitat threats lie outside the scope of the Act or if an area will provide "negligible" conservation value for a chiefly non-US species. The new rules also require regulators to consider land where the species currently lives (rather than evaluate their ideal habitat) before expanding to unoccupied areas.
Habitat loss is one of the greatest drivers of extinction, and so critical habitat designation is deemed a crucial part of the Act by conservationists. Many species are threatened or endangered because they’ve been pushed to a small fraction of their original range, and protecting more land can help them rebound.
The new regulations also roll back automatic protections for species on the brink of becoming endangered. In the past, when a new species was designated as “threatened,” they were automatically given the same protections as endangered species, including penalties for killing or harming individuals or destroying their critical habitat. With high levels of protection, the hope was that threatened species would be able to make a recovery and never reach the level of “endangered.” Now, protections for threatened species will be evaluated on a case-by-case basis.
The Trump Administration has also redefined the term “foreseeable future,” which was used to determine threats to the survival of a species. Now, regulators must work within a time-frame (also to be decided on a case-by-case basis) that can reliably account for “both the future threats and the species’ responses to those threats.”
With the Trump Administration’s history of denying climate science, the nonprofit Natural Resources Defense Council worried in a blog post that all of these changes will stop the Interior Department from considering threats due to climate change.
In the past, to prevent economic interests from infringing on conservation goals, the ESA specified that species would be listed “without reference to possible economic or other impacts of such determination.” The new regulations remove this sentence.
Environmentalists worry that this opens the door to considering the economic impact of protecting endangered animals and could lead to exploitation by fossil fuel companies looking to develop land intended to protect our most vulnerable species.
However, Gary Frazer, the Assistant Director for Endangered Species at the US Fish and Wildlife Service, said that the department plans to continue to list species solely based on scientific knowledge. Agencies are still allowed to compile economic data and present it to the public.
The responses to the changed regulations have been overwhelmingly positive from Republican politicians and overwhelming negative from environmental groups. The ESA is one of the most popular and most effective environmental legislations in the US, saving 99 percent of the species it protects.
Despite its popularity, some businesses and government officials have often tried to weaken the Act, prioritizing short-term economic gain over the conservation benefits of saving species.

Posted by Angela Valenzuela at 11:28 PM