Toni Morrison: Death as a Counternarrative by Cristina Santamaría Graff

This beautiful essay and tribute by Dr. Cristina Santamaría Graff to the late Toni Morrison, a preeminent American novelist, provided much-needed food for the soul in these days of sadness and mourning at events taking place in El Paso, Dayton, Ohio, and Gilroy, California (do check out today's Washington Post tribute [video] "The life and legacy of Toni Morrison").

Yes, because of all that Dr. Toni Morrison represented in her life as a novelist, essayist, teacher, and Princeton University professor, her death in this very moment is a bit uncanny if not entirely poetic.

That is, through her life and writings, she offers a counternarrative to the destructive designs of those today who traffic in hate, violence, and death.

Read and be deeply touched.

Toni Morrison: Death as a Counternarrative

EduSpirit: A Spiritual Community of Educators 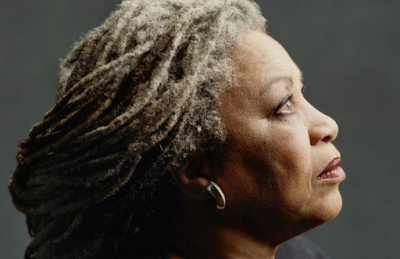 El Paso, Texas. Dayton, Ohio. Two cities now forever interconnected in time to horrific acts of violence originating in fear, perpetrated through hate, and executed with cold intent to signal, exalt, and glorify a frightening narrative of dominance and dehumanization. Every eyeful is a litany of blood, grief, and rage. I blink away headlines. Grocery shopping is now a death wish. Venturing out with friends at night, an act of genocide.
If I allow it, fear will swallow me. I have family in El Paso and Ohio. My parents, my brother’s family, my husband’s family, and so many of our friends live in California. Some live within a couple of hours of Gilroy. On my dad’s side of the family, we are Mexican. We are light-, medium-brown-, and dark-skinned. We are born here and are immigrants. We are walking targets for using our mother tongue, for wearing Frida shirts… hell, just for breathing. Spaces we frequent become traps. We might make a left instead of a right and catch a bullet in the temple. When the narrative is death, there is no discrimination. The AK-47 becomes adrenaline. Every ‘head up’ is a game piece. It’s better just to lie down, even if blanketed in your neighbor’s blood.
This fear is real and is being stoked. If we allow ourselves, we will fall victims to the pervasive language of fear that aims to further divide us, scare us into giving away our rights and sovereignty, and prevent us from confronting the miasma of toxicity that chokes our heart and leaves us hating ourselves, our lives, and those around us. We need, so desperately, to crack our minds and hearts open like an egg and wake up. We need to understand that our collective misery has been covertly constructed to keep us from healing ourselves and finding love for others.
These words have been incubating. I have been compelled to respond to what I consider to be a collective manifestation of mass dehumanization. For me, one main way the dehumanization is perpetuated is through our politician’s empty rhetoric. There are no genuine feelings of empathy when policy and practice continue to dictate that human life figures less than weapons’ profit margins. But gun control is not the focus here nor the intended story. Rather it is what Toni Morrison refers to as the “systematic looting of language” or when language is used to dehumanize and to disallow creativity and innovation for the purpose of limiting our capabilities to co-create knowledge and “encourage the mutual exchange of ideas.” She writes, “Oppressive language does more than represent violence; it is violence.” I further contend that oppressive language is not only violence but is a weapon skillfully used to annihilate our empathetic capabilities to feel for one another as human beings. When sharpened over time, it is like a scalpel that scrapes away or cuts out that which is determined to be ‘diseased.’ To harness language against a group of people for the purpose of claiming power over them is to deliberately strip them of their humanity. In doing so, they become objects. Objects are easily removed, displaced, or thrown away. And, if the soul is deeply clouded, no guilt is attached to this dispossession and removal.
In waking up to the news that Toni Morrison had died yesterday, my first thought was that she was deliberately providing some balance to the scales. It felt as if her death was a direct response to the mass shootings that were rooted in racial hatred.
Her death, to me, is a counternarrative against violence inflicted upon those who have been historically oppressed because of gender, color of skin, ability, religious-affiliation, and other markers of difference that contribute to the overarching prism of humanity. The timing of her passing feels like an exclamation point in reaction to the disingenuous platitudes of commiseration exercised in front of cameras and read off of teleprompters. Her death is a call for authentic discourse that recognizes that silence between open hearts speaks more loudly than hasty, fleshless words. Her counter urges resistance and the fight against “rousing language to keep citizens armed and arming; slaughtered and slaughtering.” Her death reminds us to stay steady through these violent times, to not yield to fear, and to love each other courageously – gripping hands together as we lead each other through the darkness.
With love,

Quotations by Toni Morrison were taken from her Nobel Lecture on December 7, 1993.
Posted by Angela Valenzuela at 6:52 PM